Bello, represented by the Minister of State for FCT, Dr Ramatu Tijjani Aliyu, gave the advice at a ceremony to mark the 59th Independence Anniversary of Nigeria, which held at the Old Parade Ground in Abuja, on Tuesday.

He stressed the need for the residents to initiate community action, galvanise and mobilise the citizenry to actualise the true ideals of the FCT.

The minister also enjoined residents of the territory to insist that the right things were done and be committed to the building of  Abuja as envisaged by its founding father’s.

He said that the development of the FCT had not been without challenges, many of which were associated with commitment of residents to the ideals of which the territory was founded.

According to him, FCT has lived up to the dreams of her founding fathers, as over the years, it has become a melting pot of cultures, traditions and people from virtually every village and hamlet in the country.

” Let all of us, therefore, use the occasion and opportunity of our 59th Independence Anniversary to rededicate and re-commit ourselves to building the FCT of our dreams.

” It will gladden me as I have no doubt it will gladden the hearts of our founding fathers because it will be the realisation of their dreams, if every resident of the FCT truly regards the territory as home and will treat here as such.

“For far too long, many residents of the FCT consider her as simply a location where they live out of necessity to make a living, while their hearts lie somewhere else.

” I must say that for the FCT to really make the dreams of her founders become a reality and truly become a home for all Nigerians, we must treat her the way we treat the homes in which we live daily.

“I have often times said that as residents of the FCT we owe ourselves and indeed the entire country to treat it as our one true home.

” It is a statement of fact that there now exists a generation of Nigerians who know no other home but the FCT. They were born in Abuja, schooled in Abuja, currently employed in Abuja and have started their own families here in Abuja.”

Bello used the occasion to assure residents of the territory that the FCT was safe, adding that no city could be completely crime free, but with the concerted efforts of the security agencies and the FCT administration, crime rate had reduced to the lowest levels.

He said that President Muhammadu Buhari was committed to actualising the ideals of the founding fathers of the FCT and was determined to take the FCT to the Next Level of national development.

Earlier, the Permanent Secretary of the FCT,  Mr Christian Ohaa, reiterated the commitment of the FCT administration to invest in youth for national growth and development.

Ohaa, who said that over the years, Nigeria had come out of numerous challenges and forged ahead as one united and indivisible nation, called for concerted efforts in making Abuja a model city.

Sen. Philip Aduda, senator representing FCT, urged all residents of the territory, to contribute meaningfully to the development of the territory and the country at large. 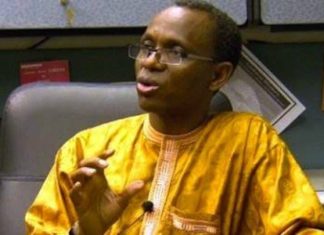 ADMIN - June 2, 2020
0
Gbadamosi Oladimeji The Kaduna State Government has insisted that all markets and places of worship to remain closed until further notice in a bid to...

Ivory Coast children head back to school after virus shutdown