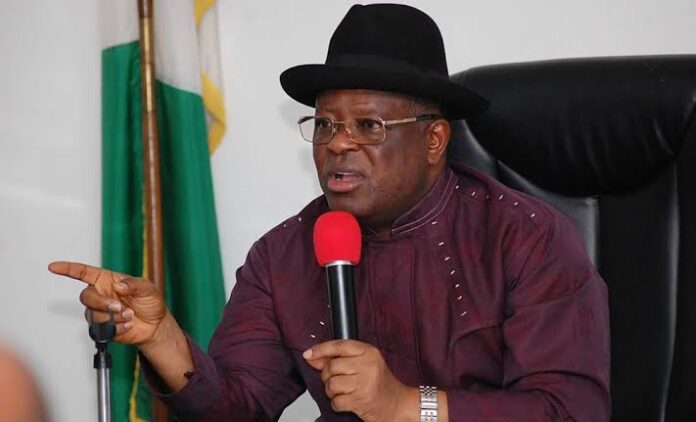 The Ebonyi State Governor and Chairman, South-East Governors’ Forum, David Umahi, on Saturday, said the zone will not achieve its demands by abusing President Muhummadu Buhari, governors, and other leaders of the country.

He therefore urged youths to thread with caution in the pursuit of their demands from the Federal Government.

Umahi stated this at the state’s grand finale of a 7-day prayer and fasting at the Christian Ecumenical Centre, Abakaliki, during which he condemned the killing of policemen and burning of police stations within the South-East region.

He also called on those fanning embers of violence in the zone to desist from such acts.

Umahi added that what is needed at this point was a peaceful coexistence.

He said, “We are fully fortified by God. There are no checkpoints again in Ebonyi. We cannot overemphasise the benefits of prayers.

“We have set up a peace and reconciliation committee. I believe in a united Nigeria. I don’t believe any section is better than any other. Let us surrender to our leaders. There are lots of merits in the agitation. We can’t achieve it by abusing the President, Governors and other leaders.

“Nobody has the capacity to come and kill us here. We are the only region that is at war with itself. And we pretend. We are the architecture of our problems. When the war starts, the situation will become different. No place will be the same. No herdsmen will make attempt to kill us again.

“Herdsmen must conform to the culture of the people. Never again to such killing. Let them not try it again. That rubbish must stop. This madness in this country must stop. We must not be ashamed to borrow fighter jets from other African countries.

“This nonsense must stop. There’s no patriotism. Nobody is demanding the accountability of the ones we have stayed. The situation calls for repentance. This situation must not continue. No foundation was laid for future generations.

“How can we allow foreign herders to be coming into Nigeria. This thing must stop. Leaders defend bandits in the North and nobody is calling them to order. We know our problem. Nobody will love us more than ourselves. The empowerment of 3,000 youths will be in May/June.

“Am not increasing any salary. There should be no strike by the Judiciary or legislature. I will like to engage the opposition parties. Am ready to meet with NGOs and other Unions, farmers and traders which will culminate into a large town hall meeting at the stadium.” 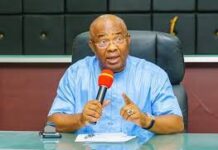 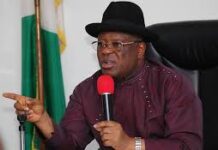