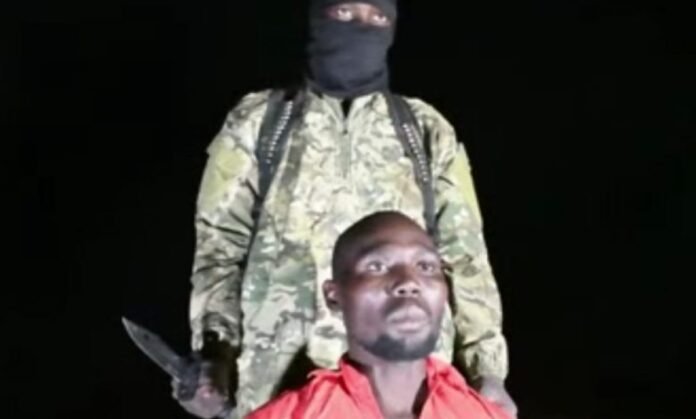 Pastor Yikura was abducted and initially billed to be executed on March 4. but was released this evening.

The victim was seen being driven to the office of the State Security Service at around 6:15 p.m.

Responding to questions on his freedom, Yikura repeatedly said, “I thank God, I thank God.”

The dreaded terror group had last week released a video of the pastor appealing to the Federal Government and the Christian Association of Nigeria (CAN) for his release as the group had threatened to kill him by the end of the week.

The Ekklesiyar Yan’uwa a Nigeria (EYN) pastor who could be seen on his knees with a man in a mask standing behind him and holding a dagger, said he had until today before he could be freed or be killed.

The seven-day ultimatum for his execution began from February 24 to March 4.

In the video, the pastor said, “I have been given only seven days to appeal for assistance that will help me out of this torture.”