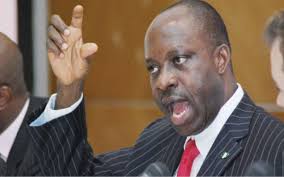 An Imo State High Court sitting in Owerri has declared Chukwuma Umeoji as the authentic candidate of the All Progressives Grand Alliance in the forthcoming governorship election in Anambra State.

Justice B. C. Iheka made the declaration on Wednesday in the order he issued on the suit filed by Chike Dike against the Independent National Electoral Commission (INEC), All Progressives Grand Alliance and Jude Okeke, as the first, second and third respondents, respectively.

The court therefore asked the INEC to recognize Chukwuma Umeoji as the authentic candidate of APGA.

Meanwhile, a former Governor of the Central Bank of Nigeria, Chukwuma Soludo, had emerged the candidate of the Victor Oye-led APGA faction loyal to Governor Willie Obiano of Anambra State.

But Justice Iheka, in his judgment on the case with Suit Number: HOW/543/2021, declared that, “The plaintiff’s claims are hereby dismissed.”

“That the National Convention of APGA held at Owerri, Imo State, 31st May, 2019, is valid, lawful and in accordance with the orders of the court and the law.

Justice Iheka further ruled that, “the suspension of the former National Chairman of the party, Edozie Njoku, is valid and subsisting, and in compliance with the party constitution.”

Soludo’s fate is now unknown even as Abambra Governor, Willy Obiano declared that the foemr CBN boss will be his successor. 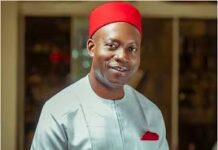 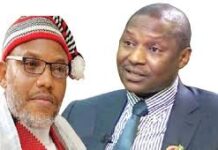 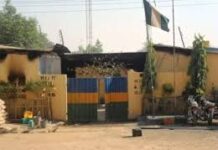