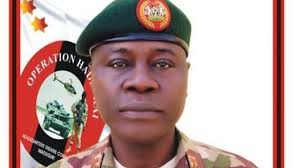 The Nigerian army has called on the Ministry of Finance, Budget and National Planning to exempt it from envelope budgeting, citing the peculiarity of security issues.

The Chief of Army Staff (COAS), Lt-Gen. Farouk Yahaya, made the call in Abuja, yesterday when he appeared before the Senate Committee on Army to defend the army’s 2022 budget proposal.

Calling on the National Assembly to prevail on the ministry to free the Nigeria Army from the yoke, the COAS said the subsisting budgeting system had been a major challenge inadequately funding the army to carry out its constitutional duties.

The army, according to him, proposed N710 billion for 2022, but the finance ministry reduced it to N579 billion.

He claimed that the reduction in the budget would impede the army’s capacity and tempo in prosecuting the ongoing war against Boko Haram and other criminalities across the country.