All Progressives Congress (APC) on Friday staged a protest in Yenagoa, Bayelsa, over the judgment of the Supreme Court that nullified Mr David Lyon’s election as governor-elect for the state.

The development is happening amidst the pronouncement by the Independent National Electoral Commission (INEC) that Sen. Duoye Diri of PDP be sworn in as the governor of the state.

The Supreme Court had ruled that Lyon’s Deputy Degi Ereminyo submitted forged documents which disqualified the joint ticket and nomination.

The court urged INEC to withdraw the certificate of return issued to them and reissue same to the next party with the require constitutional spread.

News Agency of Nigeria (NAN) observes that several supporters, who gathered at the state APC secretariat and the popular Tombia junction, marched to the government house and stadium, venue set for inauguration for the new governor.

The protesters wielded placards with different inscriptions such as “no David Lyon, no governor and we will not allow our votes to get lost”, among others.

The protesters obstructed traffic in major roads in the state as well as blocked Kaima end of the East-West road and set bonfires on roads and junctions in the state capital.

Mr Alabo Martins, Secretary of APC in the state, said that the protest was to register their grievance over Supreme Court ruling sacking Lyon.

“We have to tell the whole world that we will not agree until Lyon is sworn in.

“This is a peaceful protest and we are doing it to ensure that state have good governance,” Martins said.

NAN recalls that the outgoing Gov. Seriake Dickson of PDP had called on all political parties to be calm and embrace peace in the state.

“I commend the Supreme Court judgment; I call for calm among parties. Let us have peace and stability. Everyone should take it in good faith.

“We should not do anything to cause breakdown of law. We must continue to run an inclusive system.

“The ruling court today has brought victory to all of us and we give all credit to God. I hail the Supreme Court as an instrument to deliver the judgment.

“I, therefore, call for reconciliation among us as well as other parties in the state,” Dickson said 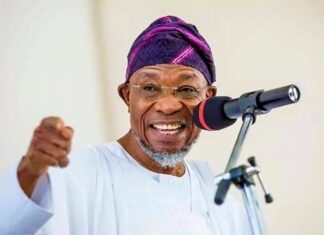