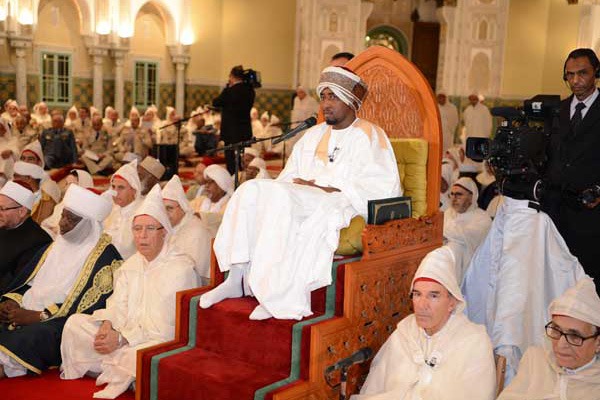 The Chief Imam of the National Mosque,  in Abuja, Professor Ibrahim Maqari,  on Friday, waded into the ongoing discourse surrounding the murder of Deborah Samuel, at the Shehu Shagari College of Education (SSCOE), Sokoto.

Deborah was beaten and burnt to death on allegations of blasphemy on Thursday.

The scholar who is said to be residing with her parents at the Old Airport Road area of Sokoto metropolis was accused of insulting the Holy Prophet Muhammad (SAW) during an argument with her colleagues in school.

Reacting to the incident in a statement issued via his Facebook page, harped on the need for Muslims to defend the Prophet without any criticism.

According to him, Deborah crossed the redlines.

“It should be known to everyone that we the Muslims have some redlines beyond which MUST NOT be crossed. The dignity of the Prophet (PBUH) is at the forefront of the redlines. If our grievances are not properly addressed, then we should not be criticized for addressing them ourselves,” the cleric noted.

Meanwhile, the Christian Association of Nigeria (CAN) has strongly condemned the murder of Deborah.

The association blamed the unfortunate development on the utter failure of Buhari’s government and the security agencies to prevent such dastardly act.

In a statement signed by Joseph Bade Daramola, CAN’s General Secretary, on Friday, the association described the incident as representative of the leadership incompetence which gave birth to related issues of terrorism and banditry in the country.

Stressing the religious polarity of the Nigerian state and non-supremacy of one religion over the other, the association demanded the government to swiftly wade in and ensure that perpetrators of the act are brought to book.

The statement reads: “The Christian Association of Nigeria (CAN) condemns in strong terms the gruesome murder of a Christian, 200 Level student of Shehu Shagari College of Education, Sokoto, Deborah Samuel by some extremist fellow students on alleged blasphemy.

“The unlawful and dastardly action of the perpetrators must not only be condemned by all right thinking people but the security operatives must fish them out, prosecute them as it is expected of them. It is the failure of the security agencies and the government to rise up to such criminalities in the past that gave birth to terrorists and bandits. And as long as the State fails to bring these beasts and criminals amidst us to book, so also the society will continue to be their killing fields.

“We acknowledge the swift reaction of His Eminence, Sultan of Sokoto, Muhammadu Sa’ad Abubakar 111 who not only condemned the criminal and religious intolerant action but called on the security agencies to bring the perpetrators to justice. It is our expectation that the State Governor, Aminu Tambuwal, would ensure that the matter is not swept under the carpet, as it was before.

“Killing for any God in the name of blasphemy is ungodly, satanic, foolish, reprehensible and totally unacceptable. This is not a Stone Age and Nigeria is not a Banana Republic. Nigeria remains a non-religious State where no religion is supreme to the other.

“We acknowledge and commend the restraint of the Christian students of the College who refused to embrace self-help and reprisal attacks on those who murdered their colleague. It is our prayers that those vampires in religious garments will not push the country to a religious war. This is why both the government and the security agencies must stop treating them with kid gloves. Enough is enough.

“CAN commiserates with the family of Deborah and other bereaved. May God console and comfort them in Jesus Name.”

Similarly, in a statement released by Sa’idu Mohammadu Maccido, the Sokoto State council secretary called for the offenders to be brought to book.

“The Sultanate Council has learnt with dismay the unfortunate incident at the Shehu Shagari College of Education, SSCOE Sokoto that led to the loss of life of a female student of the institution,” Maccido wrote in the statement.

“The Sultanate Council condemns the incident in its totality and has urged the security agencies to bring the perpetrators of the unjustifiable incident to justice.

“The Sultanate Council has urged all to remain calm and ensure peaceful co-existence among all people of the state and nation.”

The British High Commissioner in Nigeria, Catriona Laing, called on the President Muhammadu Buhari-led government to arrest and bring the perpetrators of the act to justice

“I condemn the murder of Deborah Samuel in Sokoto, and urge the police and relevant authorities to ensure the perpetrators of this horrific act are made to face justice in line with the law,” Liang wrote in a tweet. 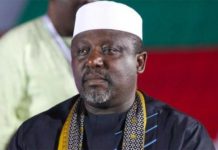 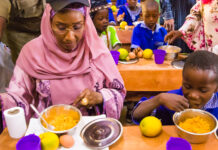 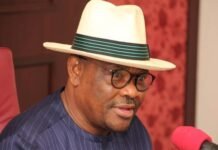