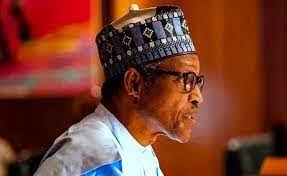 President Muhammadu Buhari on Thursday completed his five-year tenure as chairman of the Summit of Heads of State and Government of the Niger Basin Authority (NBA).

In his closing address at the virtual 12th summit of the Heads of State and Government of NBA, President Buhari in a statement by his media aide, Femi Adesina, said the Institution had ‘‘the utmost confidence’’ in President Kabore’s ability to steer the affairs of the Niger Basin Authority for the next two years.

‘‘Let me, on behalf of all Heads of State and Government of NBA, wish His Excellency President of the Republic of Burkina Faso, a very successful tenure,’’ the President said.

Buhari congratulated member states of NBA for a job well done, calling on them to continue to muster the needed political will and courage to implement the far-reaching decisions agreed at the Summit.

The President also expressed deep appreciation and gratitude to leaders and member-countries who attended the Summit as well as their ‘‘unwavering support and cooperation during my five-year tenure as Chairman of Summit of Heads of State and Government of the Authority.”

The NBA is an intergovernmental organisation in West Africa aiming to foster co-operation in managing and developing the resources of the basin of the Niger River.

Nine countries which have some of their territories on the Niger Basin are member states of the NBA: Benin, Burkina Faso, Cameroon, Chad, Côte d’Ivoire, Guinea, Mali, the Niger and Nigeria.