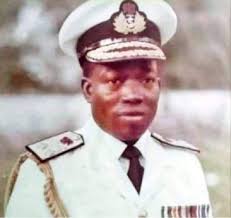 President Muhammadu Buhari has condoled with the family, the government and people of Nasarawa State on the death of retired Vice Admiral Husaini Abdullahi.

Buhari also commiserated with the military authorities on the passing of the former governor of Bendel State from March 1976 to July 1978.

In a statement by his Senior Special Assistant on Media, Malam Garba Shehu, in Abuja on Wednesday, the president affirmed that Abdullahi’s life was defined by dedicated service to the nation and others.

He added that the life of the deceased was also exemplified by his brilliant career in the military and numerous works in the private sector that resulted in the provision of gainful employment to many Nigerians.

Buhari prayed almighty Allah to grant the soul of the departed eternal rest and comfort all those who mourned him. Condolences have also come from the States that made up the State he ran as a Military Administrator.

Gov. Ifeanyi Okowa of Delta has condoled with the government and people of Nasarawa State and Nigerian Navy over the demise of former military governor of defunct Bendel State, Rtd. Vice Admiral Husaini Abdullahi.

Okowa’s condolence was conveyed in a statement issued by his Chief Press Secretary, Mr. Charles Aniagwu, on Thursday in Asaba.

He said that late Abdullahi would be remembered for his sacrifices and good-heartedness; most remarkably in his contributions to the growth and development of the present-day Delta. The governor said that Abdullahi dedicated his life to the service of the nation which was exemplified by his exceptional career in the military and business world which culminated in his emergence as Chairman of defunct Inland Bank upon retirement.

“I am deeply saddened to hear the news of his death. “He was a remarkable officer and a man with strong will and character whose wise counsel will be sorely missed by those his life influenced tremendously.

“On behalf of the government and people of Delta State, I mourn the exit of a fine officer and elder statesman, Vice Admiral Husaini Abdullahi (rtd.).

“My profound condolences to the family, the government and people of Nassarawa state as well as the Nigerian Navy where he had a brilliant career.

“I pray Almighty God to grant the soul of the departed eternal rest and comfort all who mourn his demise,” Okowa said.

Similarly, the Governor of Edo State sent his own condolence message.

In a statement, the governor described Abdullahi who served as Governor of old Bendel State from March 1976 to July 1978, as a fine naval officer and elder statesman, who contributed to the development of present-day Edo State (part of the old Bendel State) and Nigeria in general.

He said he was deeply saddened by the news of the passing of former Military Governor of Old Bendel State, “who passed on to glory on Wednesday in Abuja. He was a gallant soldier and a businessman, who made huge impact in business after his retirement.” Said Obaseki.

The governor extended his condolences to his family, the Nigerian Navy, the Nasarawa State Government and the people of Doma, his local government in Nasarawa State.

He said, “my sincere condolences go to his family and I pray that God grants them the fortitude to bear this loss. I also condole with the Nigerian Navy and the Government of Nasarawa State on the loss of a noble patriot and son. The governor added that Abdullahi’s counsel to the younger generation of Nigerian leaders would be missed while praying that God grants him eternal rest”.  Born March 3, 1939, in Doma Local Government now in Nasarawa State of Nigeria, Husiani was a major force and voice in the socio-economic and political life of Nasarawa State.

As a Lieutenant Commander, Abdullahi was in charge of troop landings from NNS Lokoja during the capture of Bonny Island in July 1967, during the Nigerian Civil War.

On 30th July 1975, the new Head of State Brigadier Murtala Muhammed announced that Captain Abdullahi had been appointed to the Supreme Military Council.

General Olusegun Obasanjo appointed Commodore Abdullahi, Military Governor of Bendel State from March 1976 to July 1978. After retiring from the navy as a Vice-Admiral, Abdullahi became Chairman of the Board of Directors of the Inland Bank Nigeria.

If he had lived till July 30, 2019, Husaini would have been celebrating the 50th anniversary, when he was promoted to the highest decision-making body in the country (Supreme Military Council), at the time, by the then Head of State.

Locked down Airports: NCAA, FAAN, others meet on reopening for domestic...