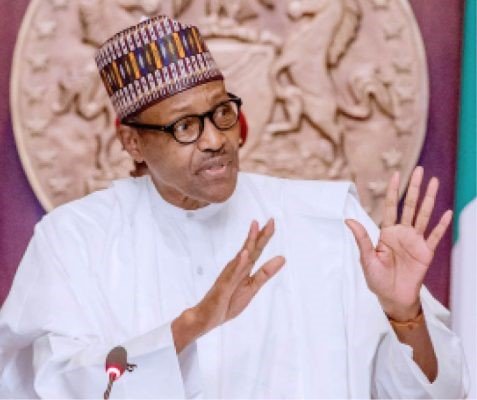 President Muhammadu Buhari on Tuesday mandated the Central Bank of Nigeria (CBN) to make special funds available for the production of textiles and garments locally.

Buhari made the call after declaring open the 31st National Education Conference of the National Union of Textile Garment and Tailoring Workers of Nigeria (NUTGTWN) in Abuja.

He noted that the administration was committed towards improving the industries in the country with the signing of the executive order 003.

According to him, the order mandates all “’procuring authorities to give preference to Nigerian companies and firms in the award of contracts, in line with the Public Procurement Act 2007.”

The President noted that the CBN had signed a Memorandum of Understanding with the Nigerian military and paramilitary outfits, as part of efforts to revive the Cotton, Textiles and Garment (CTG) sector in Nigeria.

“In recent time, the CBN has taken a number of commendable efforts to encourage patronage of local fabrics towards driving economic policy.

“After series of engagements, the CBN initiated the signing of an unprecedented MoU between the Service Chiefs, chief Executives of uniform services and textile garment manufacturers on enforcement of Executive Order 003 in support of local urgent procurement.

“I am glad to report to you that this is already yielding positive fruits.

“The existing 40,000 garment and textile workers must be trained and retrained , I will use this opportunity to call on the CBN to collaborate with your union and the ITF to come in and encourage the union to provide funds towards this end.

Buhari thanked the union for maintaining industrial peace and harmony, saying this was achieved through social dialogue and collective bargaining.

Mr Issa Aremu, General Secretary, NUTGTWN, commended the Federal Government for the closure of Nigeria’s land borders to end smuggling of goods into the country.

Aremu said the move was impressive, as it was aiding local production and consumption of goods.

According to him, garment industries have been boosted in the country, saying there is the need to sustain current efforts and support the Nigeria Customs Service to fight smuggling.

“We will like to commend the efforts of the Federal Government in the closure of its land borders, this has helped in total overhaul of textile and garment industries in the country.

“It is already on record that the textile industries are now making money, smugglers and importers have gone into hiding, border closure should not be permanent, but should be sustained for the mean time.”

Aremu said that in 31 years of the union’s existence, industrial peace and harmony had been sustained through the principles of collective bargaining.

He noted that the association had also signed 46 national agreements for development.

He said there was the need for the ITF to increase its intervention on worker’s training and skills development, saying this was necessary as the future of work was being threatened by technology.

The general secretary also advised the Federal Government to be wary of foreign investors, who use diverse schemes to swindle the country’s wealth, citing the over nine billion dollars PI and D gas contract scam.

NUTGTWN National President, Mr John Adaji, noted that the current administration had shown commitment to revamping the textile industry with the introduction of a comprehensive Cotton, Textile and Garment (CTG) Policy.

Adaji said that the policy, if implemented, would help to meet Federal Government’s target of creating 100 million jobs in ten years, adding that the union had the capacity to create no fewer than 2.5 million jobs.

The President commended the CBN’s development financing programme, which aided distribution of cotton seeds to farmers and the restructuring of Bank of Industry loans to surviving textile companies.

Mr Rueben Bamidele, from the UN Industrial Development Organisation (UNIDO), stated that the organisation was working to promote industrial development by strengthening institutions.

He pledged the commitment of the agency to strengthen partnership towards improving the union and supporting government’s goal of lifting its populace out of poverty.

The theme of the conference is, “Labour and Industry in the Next Level”. 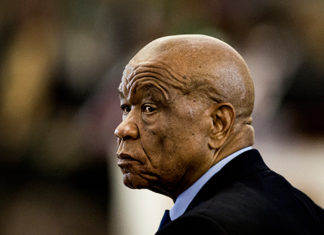