President Muhammadu Buhari will, on Tuesday, flag off the construction of the Ajaokuta-Kaduna-Kano, AKK, pipeline, meant to realise the long-held dream of building the nation’s biggest domestic gas transmission infrastructure.

The construction of the 40-inch x 614km Ajaokuta-Kaduna-Kano (AKK) Gas Pipeline project, which is regarded as the biggest rail project in the history of Nigeria, is expected to boost the distribution of gas in the country.

The project, expected to be completed within a 24-month timeline, is a section of the Trans-Nigeria Gas Pipeline (TNGP) with capacity to transport about 2.2billion cubic feet of gas per day.

Bashir Ahmad, the personal assistant to the President on new media, confirmed the news via Twitter. He tweeted:

“After several years of rigorous processes, President @MBuhari will tomorrow, flag-off the construction of the $2.8bn Ajaokuta-Kaduna-Kano (AKK) pipeline project. When completed, the 614km pipeline will be Nigeria’s biggest domestic gas transmission infrastructure”.

The statement said the economic benefits of the AKK pipeline which would originate from Ajaokuta, in Kogi state and traverse Abuja (FCT), Niger, Kaduna and terminate at Kano, would boost domestic utilization of natural gas for Nigeria’s social economic development, when completed.

It would also unlock 2.2billion cubic feet of gas to the domestic market, support the addition of 3,600mega watts of power to the national grid and revitalize textile industries which alone boasts of over 3million jobs in parts of the country.

The project, according to the Nigerian National Petroleum Corporation, NNPC, will significantly curb gas flaring in the Niger Delta and guarantee better air quality in the oil-producing region.

The corporation said: “The pipeline, which was conceived to connect demand from the northern part of the country with supply from the south would be the biggest infrastructure development in the country’s recent history.

“It will also mark a significant shift in the nation’s energy policy; from revenue targeted export programmes to development-focused domestic supply programmes.

“The biggest value to the economy is the participation of indigenous engineering firms led by pipeline giant, Oilserv Limited, in the delivery of some of the phases of the project.

“The company has successfully delivered over 17 similar challenging projects in the country, including the engineering, procurement and construction of the 67-kilometre Obiafu/Obrikom to Oben (OB3) 48-inch diameter gas transmission pipeline system.

“The Oilserv consortium is slated to deliver the first 200-kilometre phase of the AKK pipeline, which covers the section between Ajaokuta and Abuja, in April 2018,” the corporation stated. 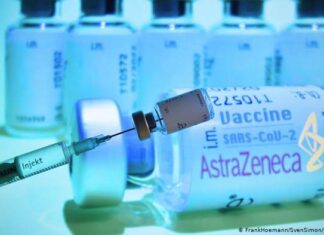 ‘Telcos lost 7.7 m subscribers in two months due to SIM...