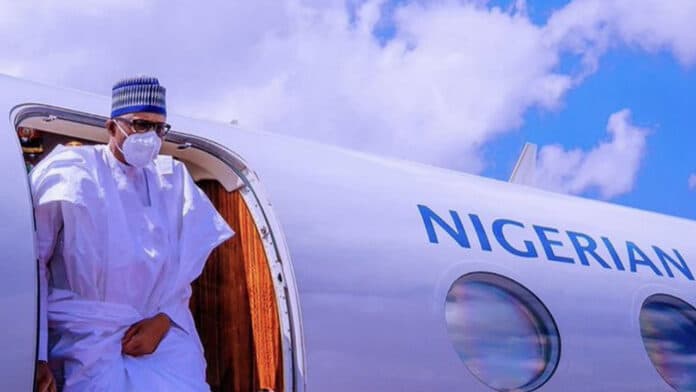 President Muhammadu Buhari has returned to Abuja after a two-day visit to Abu Dhabi, the capital of the United Arab Emirates (UAE).

The President, who left the country last Thursday, landed at the Nnamdi Azikiwe International Airport, Abuja, around 4 pm, along with the members of his entourage.

He also joined the new President for Jummah prayers where supplications were said for the repose of the soul of the late President of UAE, Sheikh Khalifa bin Zayed Al Nahyan, on Friday.

President Buhari expressed the hope that under Sheikh Mohamed the two countries will continue to actively champion a vision of sustainable security, strengthen counterterrorism cooperation, facilitate trade and investment, and promote prosperity and development.