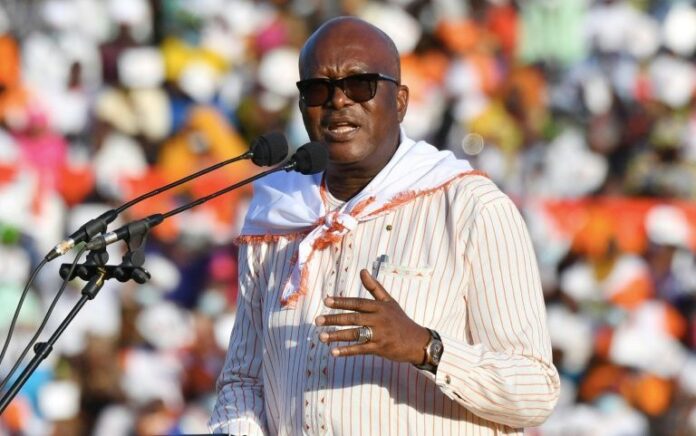 Burkina Faso’s President Roch Marc Christian Kabore secured a landslide victory in his bid for a second term, according to election results announced Thursday, after a campaign dominated by his record on fighting a bloody jihadist offensive.

Kabore gained a large outright majority in the first round of Sunday’s presidential election, obviating the need for a runoff ballot, the Independent National Electoral Commission (CENI) said.

“Mr Kabore… with 57.87 percent of the vote, is provisionally elected president of (Burkina) Faso in the first round,” CENI chief Newton Ahmed Barry said.

Eddie Komboigo, the champion of ousted president Blaise Campaore’s party, came second in Sunday’s vote with 15.48 percent of the ballot.

He was followed in the 13-candidate field by Zephirin Diabre, considered by pundits to be the best-placed opposition hopeful, with 12.46 percent.

Speaking shortly after CENI’s announcement, Kabore offered an olive branch to the opposition, which has criticised the election as flawed.

“I will deploy all my efforts so that through continuous consultation, through dialogue… we can work together for peace and development,” he said at his party’s headquarters in the capital Ouagadougou.

“We are all Burkinabe, seeking to build a better Burkina Faso together,” he said.

“It is a victory… we do have joy in our hearts, but there is also a major responsibility — that of being the president of all Burkinabe, without exception.”

Kabore, 63, has been under fire for what critics say has been a lacklustre response to a five-year-old jihadist insurgency that has rolled in from Mali.

Despite his record, he was the favourite in what commentators said was one of the country’s most open elections in years.

By winning an overall majority in the first round he avoids a runoff vote in which he would have had to stand against a single candidate backed by a united opposition.

One of the poorest countries in the world, Burkina Faso is struggling with a jihadist campaign that has claimed at least 1,200 lives since 2015 and forced around a million people to flee their homes.

Their complaints include polling stations that either did not open or opened late, insecure handling of ballot boxes and arbitrary changes to voting areas.

Because of the unrest, the election was not held across at least one-fifth of the territory.

The closure of some 1,300 polling stations reduced the potential pool of voters from 6.49 million to 5.89 million in a population of 20 million, according to CENI.

Around 800 other polling stations that should have opened remained closed.

Pro-Kabore parties on Tuesday argued that all candidates were equally affected by the problems and that in any case they were not on a scale to have any major impact on the result.

International diplomatic efforts have been stepped up in recent days to prevent any possible flareup in what is already a tense and volatile region.

The UN’s secretary general for West Africa and the Sahel, Mohamed Ibn Chambas, called for the use of “existing constitutional and legal channels” to settle any disputes.

A joint mission from the 15-nation regional bloc ECOWAS, the UN and the African Union met Kabore supporters and opposition members for what one of its members described as “preventative diplomacy.”

Objectors to the provisional result have a week in which to file suit to the country’s paramount court, the Constitutional Council, or the Council of State.

Those bodies are required to issue the definitive results two weeks after that deadline.

The elections on Sunday were for Burkina’s legislature as well as its presidency, where executive power in the former French colony is concentrated.

Kabore may have problems in acquiring an overall majority in the National Assembly, where he is also likely to face pressure for his campaign-trail vow to roll back the jihadists.

The mainstay of his strategy is an anti-jihadist militia intended to buttress the country’s poorly equipped and trained armed forces.

Known as the Volunteers for the Defence of the Motherland (VDP), the force has suffered heavy losses — five more were killed in an attack two days after the elections. 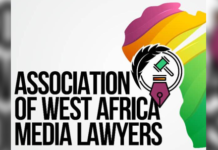 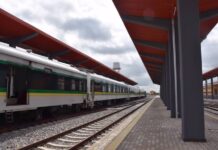 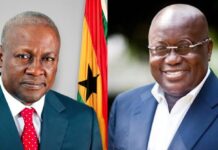