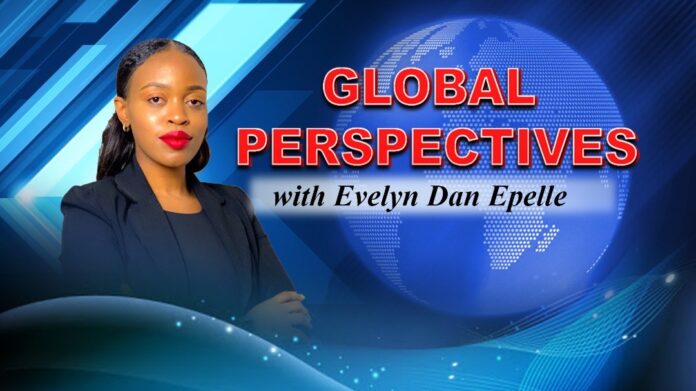 ABUJA – No single explanation exists for why a person or group of persons might deviate from peacefully coexisting in the society to exhibiting extreme forms of aggression towards one another. Although, psychoanalysts have established in singularity that violent impulses are motivated by internal and external object relationships.  Very little is known about the dynamics in the mind of a violent person who only communicates by means of action.

Consequently, impulsiveness leaves little room for preventive measures against all forms of violence in society and violent actions, whether as a human condition or the product of a damaged psyche. In this regard, a single act of violence in the form of a terrorist attack can set a nation back by decades, and even disallow growth and development when it occurs in microaggressions like assault or robbery over a prolonged period.

In Africa, nightmarish thoughts about terrorist attacks are on the rise. Africa’s most populous nation, Nigeria, suffers brutal corruption, with less-than-ready armed forces that deepen concerns of citizens about a possible violent takeover of government. Just as coup plots thickened in Niger, Mali, and Guinea, news reports of the United State military detraction and subsequent Taliban takeover in Afghanistan hit the airwaves. Several opinion columns have referenced Nigeria in analogies about the future of insurgency in Africa. President Muhammadu Buhari of Nigeria seized the moment to argue that counterterrorism in Africa is the World’s fight, and Nigeria will require foreign investments in infrastructure with access to sophisticated military materiel to overcome its persisting insurgency problem.

But violent extremism and terrorism are complex. The goals, motives, and justifications for violence wherever in the world it occurs are diverse, and this unpredictability makes it difficult for governments to understand, tackle, or fully resolve it. The growth and development of sub-Saharan Africa are however critical, and borders on the peaceful coexistence of citizens. People and businesses must thrive without fear of violent disruption that dramatically impacts life as we know it.

But where lies the root cause of violence on the continent?

In addition to religious, ethnic, and socio-cultural disparities, many African nations are commonly plagued with bad leadership at federal, state, and local government levels. In Nigeria, separatists’ movements establish themselves by means of decrying corruption and marginalization by the government. Terrorists leverage these ethnic grievances to recruit young loyalists at a community level, and once terrorism is local, its impact lands easily on the civilian population, snatching lives and displacing families before moving on to larger territories.

At the heart of the matter is the fact that many African nations are indeed corrupt. Poverty, infrastructural depletion, and dwindling socio-economic conditions leave people desperate for change, however, sourced.

Describing common developmental challenges in Africa, the Japan International Cooperation Agency (JICA) laid out a broad scenario in which Africa can converge with the rest of the world in terms of individual prosperity of nations. JICA, through its research institute, provides technical cooperation and other forms of aid to promote economic and social development in developing countries. Although this vision for Africa in the year 2050 is a net positive, JICA argued that its positive sighting is however not a prediction. If the actions that lead to positive outcomes are stalled by so-called exogenous factors in the present day, cataclysm is nigh.

The inaction of today carries answers about Africa’s future in terms of growth and development. Already, Africa’s economic performance has worsened under the prevailing pandemic conditions, and without strong reforms will continue to plunge. This reality calls for institutional reforms across the board if we plan to cushion the effect of bad leadership and poor infrastructure governance that gave rise to today’s conflict and fragility.

Who then is responsible for addressing violent extremism through counterterrorism?

The rise of digital media gives new meaning to violent extremism in today’s world. Coordinated efforts amongst nation-state actors are difficult to track when they occur over an invisible network with central nodes scattered across borders. A common denominator in online and offline communities where violent extremism perpetuates is noticeably the concentration of youths whenever this population is polled.

The United Nations projects that Africa’s population will rise from 1.9 billion to 2.5 billion over the next four decades. Within this demographic is Africa’s youth population that will increase from 205 million to anywhere from 330 to 450 million by 2050. This places the moral compass of responsibility on the present crop of youths, who are more or less, shapers of our collective futures where it matters. Addressing and solving violent extremism must also include the mobilization of all of society’s human resources, with support from the older generation whose insightful advice can serve as intelligence for the youths.

Multilateral organizations like the United Nations and the World Bank have spearheaded efforts for the enhancement of civil society engagement in counterterrorism, but concrete steps to improve civil society engagement are near absent in many African countries. The existing limitations border on poor communication, media bias, scarce resources, and non-coordination of military efforts that leave society porous and even more vulnerable to violent attacks.

An innovative approach to counterterrorism in Africa

Violent extremism and radicalization that lead to terrorism calls for counterterrorism efforts that are preventive rather than interventionist in nature. I recommend calls for innovative ideas that foster a trust-based relationship with government and youth leaders, incorporating an understanding of shared responsibility for national security with state security actors.

It begins with education at a community level, with support for productive ventures that capture the youth and yield economic interest before extremists can weaponize the already vulnerable group. This is because, ideas of violence that are justified by extreme religious, social, or political ideologies will require reengineering of the mind to diffuse before such thoughts become actions.

It is important to note that, when an individual conceives violence as a legitimate course of action, they may not necessarily advocate or engage in an actual act of terrorism. But they remain volatile due to their alignment with violence. My approach to tackling this complex problem will include pitches to the government for transparency and equitable sharing of national resources for economic development and stability. Diversity in African leadership must incorporate the thoughts of youths and women from the onset of policymaking and in the development of governance initiatives. To implement this, the government must establish flexible multi-agency coordination mechanisms, by codifying partnerships between government and non-government actors.

Online and offline networks for dialogue, reengagement, and cooperation with civil society can also help produce a spectrum of policies aimed at preventing the radicalization of the youth. To have a chance at succeeding, this approach must remain coordinated and in accordance with law enforcement, intelligence agencies, and the military.

Although no solution to violent extremism is all-encompassing, these steps when carried out in accordance with the set goals and target for peace and shared prosperity will have a measurable positive impact in preventing violence and boosting counterterrorism efforts for growth and development in Africa.

More from the Author here 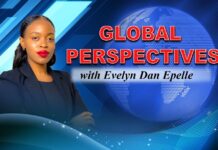 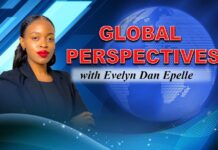 FDI: The story of FMCG Shoprite in Nigeria