A cleric, Prophet Babatunde Alfa has been sentenced to life imprisonment over the disappearance of a one-year-old boy, Gold Kolawole, from his church.

The prophet was convicted by Justice Olusegun Odusola of the Ondo State High Court, Akure, on Tuesday, alongside five other workers of his church, the Sotitobire Praising Chapel.

The convicts were arraigned on a two-count charge of conspiracy and aiding and abetting kidnapping.

Justice Odusola said the defendants were convicted based on the circumstantial evidence presented by the prosecution.

He also condemned in strong terms “the complicity, connivance and compromise of the Ondo State Police Command in the whole saga.”

The judge said the lackadaisical attitude of the church founder was a pointer to his involvement in the disappearance of the child from his church in November 2019.

The prophet and the church workers were sentenced to seven years imprisonment for conspiracy to commit felony to wit aiding and abetting kidnapping.

He, however, handed down life sentence to the accused persons for aiding and abetting kidnapping.

The prosecution said the offences were contrary to Section 5 of the Ondo State Anti-kidnapping and Anti-Abduction law 2010 and punishable under the same.

The judge discharged and acquitted the seventh defendant, Peter Anjorin, for lack of substantial evidence by the prosecution.

Anjorin was accused of destroying evidence on the matter by the police. 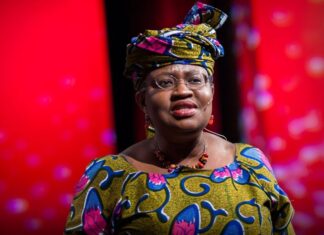 Victory for Trump as Senate confirms Barrett for Supreme Court

Journalist, others shot as hoodlums attack protesters in Lokoja

Victory for Trump as Senate confirms Barrett for Supreme Court