The Osun State government have been given a seven-working day ultimatum by some coordinators of the #EndSARS movement in Osun State to increase the salaries and allowances of its workers.

The movement released a statement on Friday, co-signed by its Spokesperson, Olawale Bakare and Mobilisation Secretary, Olushayo Ogunleye, where it rejected the recent increase in salaries announced by the government and demanded a review.

It said only five per cent increase was effected on the basic salaries of workers.

“This height of hypocrisy owing to the recent fraudulent five per cent increase in the basic salary of workers from level 7 and beyond (sic). By implication, the workers being paid the paltry sum of N15,000 will now have just N750 added to their basic salary. This is sadly what Mr Governor wants to be worshipped for.

“We hereby reject this fraudulent and enslaving mode of payment, and demand an increased review of the salaries and allowances of Osun State workers, within the next seven working days,”the statement read.

They also called on the state Governor, Adegboyega Oyetola, to give each of the families of the two people killed during the #EndSARS protest in the state a sum of N10 Million.

“Failure to address the aforementioned demands within seven working days, Mr Governor Gboyega Oyetola should resign and allow a more competent and humane leader to govern the state,” the statement read. 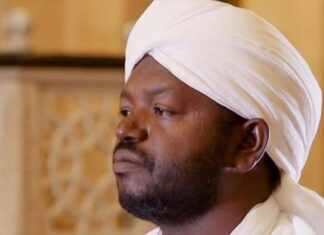 webmsater - November 7, 2020
0
The Islamic world has been thrown into mourning following the death of Sheikh Nurayn Muhammad, one of the world's most popular Qur’an reciters. He is...

CBN gets go-ahead to freeze accounts of 20 EndSARS promoters

More woes for Trump as chief of staff tests positive for...

Landlord threatens to eject Nigerian Embassy in Hungary over non-payment of...