United States of America Supreme Court Justice, Ruth Bader Ginsburg, 87 years of age, the second woman to serve on the high court, died September 18, 2020, at her home in Washington, D.C. surrounded by family.

The U.S. Supreme Court announced her passing. This was after recently being treated for pancreatic cancer.

I had the great pleasure of working with Justice Ginsburg in 2017 on a video project, which highlighted her work and views on the 19th Amendment, a women’s right to choose. Believe it or not, women didn’t have the right to vote in America until 1920, when the states ratified the 19th Amendment to the Constitution. It took over a century of protests, speeches, lobbying, marches, and two wars to make it happen.

Women had to withstand mobs and Presidents, were beaten and arrested, and went on hunger strikes in prison. Women accounted for half of the population, yet had few rights.

Justice Ginsburg championed women’s equality, successfully arguing cases before the high court that enhanced women’s rights, protecting affirmative action and minority voting rights, and defended a woman’s right to vote and choose an abortion. A highly debated and taboo topic, but she fought for what she believed in without apologies.

She earned the nickname “Notorious R.B.G.” after the deceased rapper, the Notorious B.I.G., because of the parallels in their bigger-than-life personalities. Notorious R.B.G., a book co-written by Irin Carmon and Shana Knizhnik, was “a riff on rapper, Notorious B.I.G., dedicated to celebrating the legal accomplishments and fanciful collars of the second woman to sit on the Supreme Court.”

I was selected to work on a media project with her team through my networks of industry colleagues. I can remember driving under the Supreme Court building with special permission to park each day of the video project. The white columns, arches, and grandeur seen from the street continue underground, creating the feeling of power and importance, even from the parking garage.

Inside the building, we worked from a conference room with 40-foot ceilings surrounded by art and design from all over the world. It was a reminder of our country’s diversity created and built by our ancestors who came to America, bringing a little bit of their home country with them to infuse into our melting pot culture.

Then, all of the spectacular design and detail fell aside, forgotten, when Justice Ginsburg, this petite, well-dressed lady, walked into the room for the first time. She put aside all of her work to focus on the video project because she believed that messaging and storytelling were essential to inspiring the future.

She was a highly influential person in the United States, and incredibly sharp, but she was not a diva. I witnessed her treating everyone from junior staff to the most senior the same. She was approachable, with a spunky and, often, humorous personality, but tough as hell because she did not ever give up on what she set out to do.

I noticed her ability to focus on one task at a time, giving it her all, whereas others in her position would be checking their phones or receiving updates while trying to multi-task. In those cases, they might have missed a few spoken words or a physical indicator, such as the body language of the person speaking, but not Justice Ginsburg. She was there in the moment and missed nothing.

During her court tenure, Justice Ginsburg had cancer, but never missed a day of the court’s public schedule. She had colon cancer surgery in 1999, chemotherapy, and radiation treatment, but she never missed a day of oral arguments. She underwent surgery for early-stage pancreatic cancer. Still, returning to work when the court returned less than three weeks later.

I appreciated the short moment in time I had with her then, and I appreciate it now, feeling fortunate to have been impacted by such a strong woman. A woman that I hope to emulate in strength as I make my way through life, standing for what I believe too.

And in her own words …

“It has always been that girls should have the same opportunity to dream, to aspire and achieve — to do whatever their God-given talents enable them to do — as boys,” Justice Ginsburg, 2015 American Constitution Society.

Bio: Kristi Pelzel is an international communications consultant and advisor working across U.S. and African markets. She is a global news correspondent for KAFTAN TV. Her industry experience spans 10-years in broadcast, digital, and social media communication, emphasizing strategic planning, and creative design. Kristi holds a B.A. from the Academy of Art University, San Francisco, California, and an M.A. from Georgetown University, Washington, D.C. 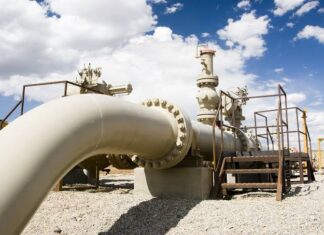 KAFTANPost - November 20, 2020
0
By Francis Ogwo A Memorandum of Understanding (MoU) has been signed between Nigeria and Niger on the transportation and storage of petroleum products. This was made...