The Federal Capital Territory Police (FCT) Command has again announced restriction of movement of residents from 8a.m. to 3p.m. during the FCT Area Council Elections slated for Saturday, Feb. 12.

The FCT Commissioner of Police, Babaji Sunday, made the disclosure in a statement made available to newsmen, on Friday in Abuja.

The News Agency of Nigeria (NAN) reports the command had on Thursday, announced that there would be restriction of movement from 12 midnight of Friday to 4 pm on Saturday, in Abuja.

The Command, however earlier, on Friday relaxed its restriction on movement on the election day in the territory, urging residents to go about their normal businesses.

The CP explained that the new restriction on the movement was based on credible intelligence available to the FCT Police Command.

“Criminals are planning to explore the absence of restriction of movement earlier announced to distrupt the peaceful conduct of the Area Council Elections.

“Accordingly, the FCT police found it necessary to restrict all movement from 8a.m. to 3p.m. on Saturday Feb. 12.” He said.

Sunday, said that the restriction of movement would enable eligible voters exercise their civil responsibility.

He, however, said that only those on essential services would be allowed. 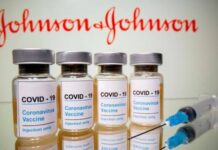