Yakasai was axed over an attack on President Muhammadu Buhari during the EndSars protests.

The media personality took to his Twitter handle accusing President Buhari of being insensitive to the plights of Nigerians who suffered acute poverty, hunger and diseases.

The tweet received overwhelming acceptance from Nigerians, forcing Governor Ganduje to quickly order for his suspension.

However two weeks after, the governor has reinstated the aide without much details.

He wrote: “I wish to thank each and every one that reached out to me, or sent messages of goodwill over my reinstatement as Special Adviser Media to H.E @GovUmarGanduje, after my 2wks suspension. I am grateful to you all for your support and prayers. Thank you so much”.

Why we delayed distribution of COVID-19 palliatives in Sokoto — Tambuwal

Woman arrested for killing own kids in Kano 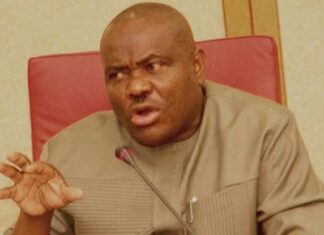 webmsater - October 29, 2020
0
Governor Nyesom Wike of Rivers State has signed an executive order to reinforce the ban on the Indigenous Peoples of Biafra (IPOB) and its...

Oba of Lagos marks 77th birthday with staff of office

Oba of Lagos marks 77th birthday with staff of office