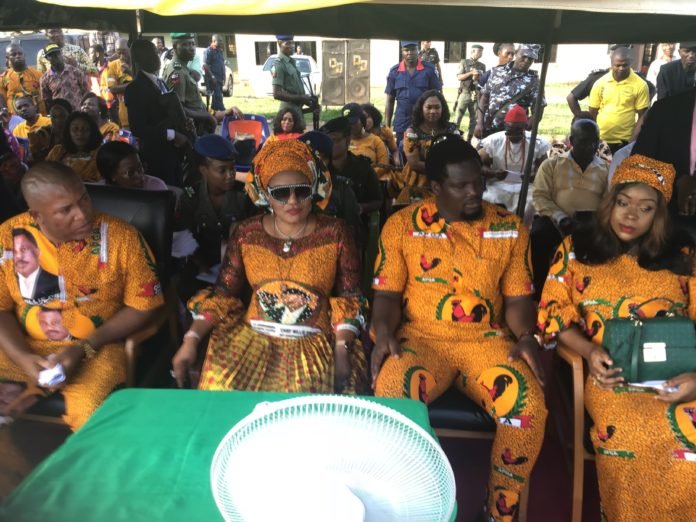 Wife of the Anambra Governor, Mrs Ebelechukwu Obiano, has urged parents to encourage their children to know their partners genotype before going into marriage to avoid producing children with sickle cell.

Obiano made the call in Ukpo, Dunukofia, on Wednesday, during the 2019 August Women meeting in the community.

She explained that conducting marriages without genotype test was capable of exposing couples to producing sickle cell anaemia children.

The governor’s wife noted that intending couples should first ascertain their status so as to prevent persons with incompatible genotype from marrying.
“When intending couples conduct genotype test, if the results show that they are AA and AA or even AA and AS, they can marry, but if it is AS and AS, such a marriage should not go ahead.

“The danger of cementing the union of AS and AS partners is that they are very likely to give birth to children whose genotype are SS, which is sickle cell carriers,” she said.

The governor’s wife also advised parents against the mistake of ‘Love is blind syndrome’.

“Some people say that love is blind, and as such, you can marry whoever you meet and love irrespective of the person’s genotype.

“This is totally deceitful, because when couples plunge themselves into incompatible marriage and produce sickle cell carriers, all that follow that relationship is misery,” she said.

Obiano, thereafter, called on the women to acquire skills to enable them contribute to the running of their homes, adding that the era when women relaxed at home to consume their husbands’ money was over.

She commended the Transition Committee Chairman of Dunukofia, Mr Emeka Okonkwo, and his wife, Ifeoma, for the warm reception organised in her honour.

The News Agency of Nigeria (NAN) recalls that Anambra House of Assembly had enacted a Law banning marriages between couples with incompatible genotype.

According to the law, signed on April 30, violators can be imprisoned for three years or made to pay a fine of N200,000.

She said that since the commencement of the 2019 August Meeting, the governor’s wife had extended the campaign on sickle cell prevention to more than 16 LGAs.

Earlier, in two separate addresses presented by Okonkwo and his wife, Ifeoma, the duo praised Gov. Willie Obiano and his wife for their services to the people of Anambra

Ifeoma specifically said that poor people from Dunukofia had several times benefitted from the benevolence of the governor’s wife.

She said that Dunukofia, blessed with young and vibrate people, was willing to key into the skill acquisition vision of the state government.

The traditional ruler of Ifitedunu community, Igwe Emeka Iluno, appreciated, what he called, the transformational leadership of Obiano’s administration, especially in areas of health and infrastructural development.
N
AN reports that Obiano, during the visit, distributed gift items including bags of rice, and cash to selected widows in Dunukofia. 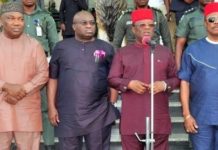 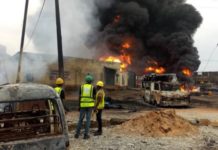