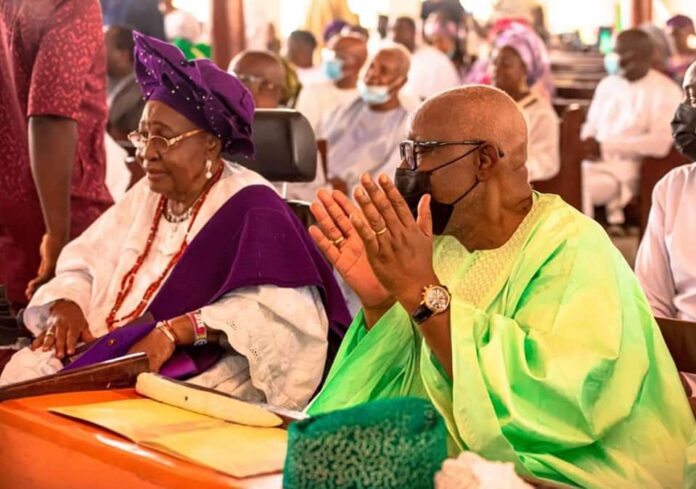 Akeredolu said this in a statement made available to KaftanPost by his Chief Press Secretary, Richard Olatunde on Friday when he received delegates from Olowo Of Owo, Oba Ajibade Gbadegesin Ogunoye at his Ibadan residence

Receiving the delegation of Olowo-in-Council in Ibadan on Friday, Governor Akeredolu appreciated the Olowo of Owo, Oba Ajibade Gbadegesin Ogunoye for sending his chiefs to pay a condolence visit to him.

The Governor disclosed that his mother will be buried in Owo.

He noted that the late Lady Evangelist Akeredolu was more of Owo despite hailing from Igbotu in Ese-Odo local government area of Ondo State.

Speaking on behalf of the delegation, Chief Amos Aladesawe extended the condolences of the Olowo of Owo to the Governor.

“We bring greetings from the Olowo of Owo. He said we should extend his heartfelt condolences. And also congratulate you for surviving your mother. He said he’s with you in the spirit”, Aladesawe said. 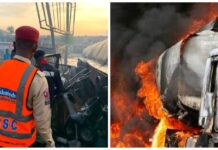 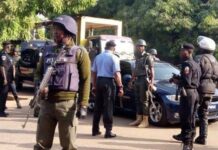