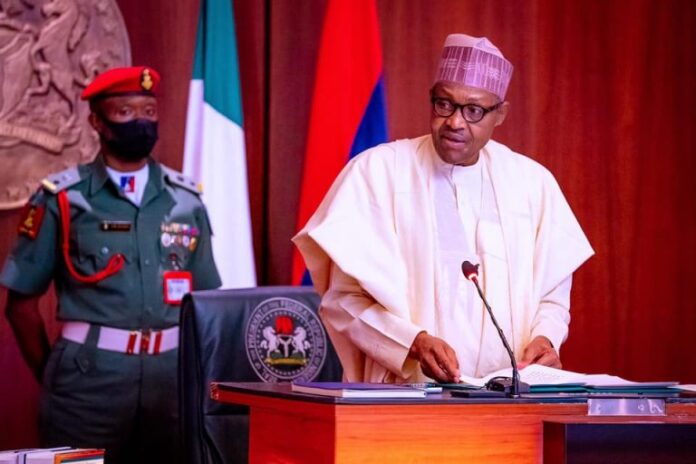 President Muhammadu Buhari has vowed to deploy all the resources  of state at his disposal to fight banditry, kidnapping, and allied criminality in the country.

Buhari made this known in a statement issued today by his Senior Special Assistant on Media and Publicity, Garba Shehu.

According to the statement, Buhari condemned the killing of three of the students kidnapped at Greenfield University, Kaduna State.

The president described the students as bright youngsters who were cut down by evil people in their prime.

He said, “My thoughts are with their families in this time of grief. May their souls rest in peace.”

According to the statement, the president described the spate of kiillings and kidnapping in Kaduna as  “barbaric terror attacks,”

He described as  “unfortunate the tenor of some political and religious leaders that seem to further incite and stoke the pain and anguish of mourning families who are forced to confront these atrocities.”

He continued, “Addressing this scourge requires a great show of empathy and coming together as a society to squarely confront these elements and the danger it poses to our democracy and peaceful life in the country.”

The president gave strong assurances that those that think that profits can be made, either from money paid as ransom or in politics, “will realise sooner than later that they are bound by the same fate as their victims.

“Banditry, kidnapping, and the politics of murders will be fought with all the resources available to our country,” the president added.