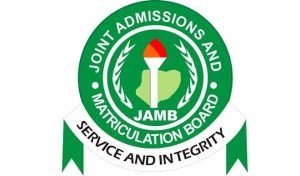 The Joint Admissions and Matriculation Board (JAMB) has cancelled general cut-off marks for admission into tertiary institutions.

The Board, which took the decision at the 2021 policy meeting today held virtually and chaired by the Minister of Education, Malam Adamu Adamu, also issued the institutions freedom to set their individual minimum benchmark for admission.

The stakeholders also approved October 29, 2021, as the deadline for the closure of amendments for 2021 admissions.

On the deadline for the closure of admissions, the stakeholders resolved to allow the ministry to decide as they could not agree on the December 31, 2021, deadline for all public institutions and January 31, 2022 for all private institutions.

Stakeholders also adopted the 2021 admission guidelines, which provide that all applications for part-time or full-time programmes for degrees, NCE, OND, and others must be posted only through JAMB.

Speaking on the stakeholders’ decision on other admission criteria, Prof Oloyede said the candidate’s credentials must be uploaded on CAPS and recommended by the institution while JAMB approves and the candidate accepts the offer of admission.

He said when candidates have not accepted an offer, the institution can change the candidate after informing JAMB.

Also approved at the meeting were the guidelines that every institution is at liberty to admit candidates based on its own minimum score approved by the institution and the policy meeting.

The meeting also resolved that every institution should maintain its own minimum score as approved by the policy meeting.

According to the stakeholders, the 2021 admissions will be conducted only through CAPS, no institution is allowed to admit candidates without uploading their details on CAPS.

Oloyede further disclosed that for the 2021/2022 Unified Tertiary Matriculation Examination (UTME), the board is introducing two new subjects: computer studies and physical and health education, bringing to a total of 25 subjects.

The Minister of Education, Adamu Adamu, represented by the Permanent Secretary in the Ministry of Education, Arch Sonny Echono, said: “It is saddening that despite the clear directives at previous policy meetings some institutions still illegally admitted candidates outside CAPS.

“I consider such an act as a direct affront on the system and appropriate sanctions shall be applied on those found to have been in such a disruptive act.”

He maintained that any institution that issues admission letters to candidates outside CAPS will be punished for such gross indiscipline and fraud.