Many dignitaries were present to grace the event which was designed to showcase the rich investment opportunity that Kaduna state offers.

Speaking at the occasion Governor Nasir El-Rufai said that the state has attracted over 500 million Dollars investors both locally and internationally in the last three years.

“The investors have created over 100,000 jobs across the state despite the state challenges of matching the population of the state which is the third most populous state in Nigeria with an estimated 10 million people”, El Rufai stated.

Also speaking billionaire businessman and chairman of Dangote Group, Alhaji Aliko Dangote, lamented that the country is besieged with many challenges despite her resources and advised northern leaders to dream big and make use of their abundant human, natural and agricultural potential.

“60% of northerners live in extreme poverty and the only solution is for the northern leaders to have an open arm to investors both locally and internationally”, he said.

Also present to grace the occasion was the Ooni of Ife, Oba Adeyeye Enitan Ogunwusi who gave the goodwill message. 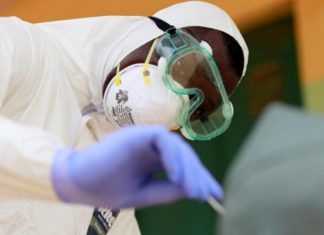 UI excels at Law School as three of its students’ bag...