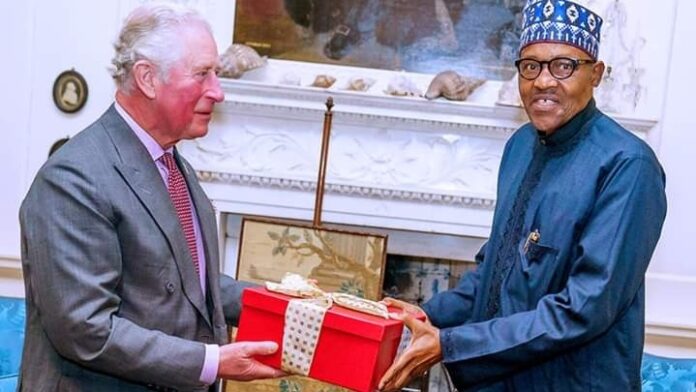 PRESIDENT Buhari has revealed details of his meeting with His Royal Majesty, King Charles III, in Buckingham Palace, United Kingdom.

In an interview after meeting the 73-year-old monarch, Buhari said King Charles III asked him whether he has a house in the UK or not.

“He (King Charles III) asked me whether I have a house here (in the UK), I said no. I live in Nigeria alone, the only house I have are those I have before I got into government and I am not very much interested in having houses all over the place. I feel much freer when I have nothing,” the President said.

On the purpose of his visit to the revered monarch, Buhari said Nigeria is a large market and it is only wise for the business relationship between the two countries to be nurtured.

“Firstly, we are to meet with the king in Kigali but unfortunately, the meeting was postponed. He is interested very much in Nigeria, maybe because of Nigeria’s relationship with Britain for long, our economic strength, I think we are still of great attachment to them,” he said.

Nigeria, formerly a Great Britain colony, had attained independence on October 1, 1960 during the reign of Queen Elizabeth II who died in September 2022 at the ripe age of 96.

Buhari said the current monarch, who was crowned king after the passing of his mother, “speaks very well of Nigeria and wants the relationship to continue and if possible improve”.

“Most economic, Nigerian businessmen and British men want to continue to work together. Let them make sure that the relationship is improved instead of being allowed to go down,” the President said.

King Charles III had written to the Nigerian president, sympathising with him over the devastating floods that have killed hundreds and displaced millions in the West African nation.

This is not the first time the President will travel to London for medical check-up in 2022. Buhari was in the United Kingdom in March and in July for medical purpose. 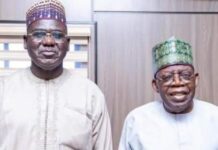 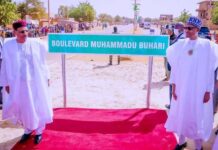 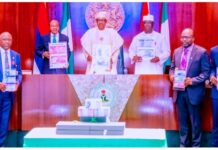