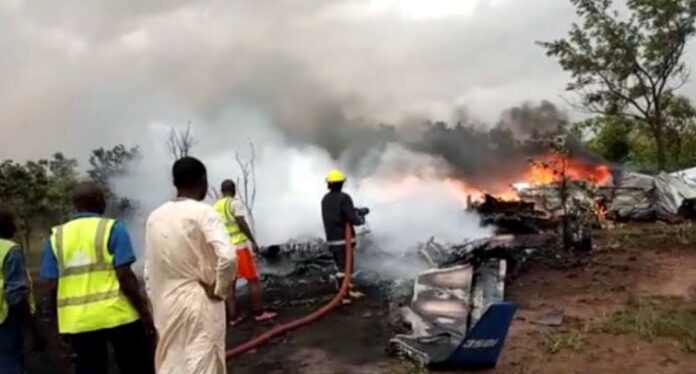 Following the death of 23 military personnel in the last three months, the Nigerian Air Force has set up a committee to conduct safety audit of its operational and engineering units.

This was contained in a statement on Tuesday signed by NAF Director of Public Relations and Information, Air Commodore, Edward Gabkwet.

The statement was titled, ‘NAF Sets Up Committee To Conduct Safety Audit Of Its Operational And Engineering Units’.

It read, “The Chief of the Air Staff, Air Marshal Oladayo Amao has constituted a Committee of serving and retired senior officers to conduct a safety audit of all Nigerian Air Force operational and engineering units.

“The Committee is to, among other terms of reference, analyse safety reports from operational and engineering units, conduct safety evaluation of NAF units and recommend measures to enhance the safety of operations in the units.

“The Committee is also to interact with unit operational and technical personnel for views, observations and contributions on safety measures. Chaired by Air Vice Marshal Abraham Adole, the Deputy Theatre Commander, Operation HADIN KAI, the Committee is to submit its report not later than 18 June 2021.”

In February, seven people died in a Beechcraft King Air B350i aircraft that crashed near the Nnamdi Azikiwe International Airport, Abuja while two crew members were in the NAF Alpha fighter jet that went missing in Borno State.

The last crash was on Friday in Kaduna which claimed the lives of 11 military personnel including the Chief of Army Staff, Lt. Gen Ibrahim Attahiru.