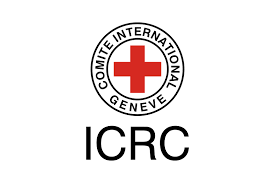 The International Committee of the Red Cross (ICRC) says at least 24,000 persons have been declared missing in Nigeria.

The ICRC’s Public Relations Officer, Aliyu Dawobe, who disclosed this in a statement in Abuja, yesterday, said the figure represented over half of those registered as missing on the continent.

He added that 44,000 people across Africa had been registered as missing, with children accounting for over 45 percent of the cases at the time the cases were reported.

Dawobe said: “At least 82 percent of the missing persons were registered in seven countries in Africa, namely Nigeria, Ethiopia, South Sudan, Somalia, Libya, the Democratic Republic of Congo and Cameroon.

“Nigeria accounts for 24,000 missing people, over half of those registered as missing in Africa, and represents ICRC’s largest missing caseload on the continent.

“More than 90 percent of the cases are the result of the armed conflicts in the North-East part of the country and 57 percent were children at the time they went missing.’’

He said August 30 every year is marked as the International Day of the Disappeared, adding that ICRC stands with the families and relatives of the missing in solidarity.

The ICRC official stressed that the African continent had recorded an increase in the number of missing people since 2020 due to armed conflicts and other violent situations.

According to him, the onset of the Covid-19 pandemic in early 2020 led to restrictions that added more challenges in the search for missing people across the continent.

“The ICRC will continue to do its best in supporting and seeking to provide answers to the families of missing persons,” he added.