A man identified as Bola Awolumate has been paraded by the Nigeria Security and Civil Defence Corps, Osun State command on Tuesday for allegedly obtaining a sum of N570,000 under the pretense of assisting his victims to procure travelling visas to Norway and Saudi Arabia.

The Osun NSCDC commandant, Sunday Agboola, who paraded the suspect, said Awolumate was living around Oke Abesu area of Osogbo, where he met his victims and obtained the sum from them.

Agboola said the suspect later reneged on the promises to procure visas and get jobs for the victims. He said, when the matter was reported to the command by the complainants, his men swung into action and arrested the suspect, adding that during interrogation, Awolumate said he committed the crime.

He said, “The next step is to charge the case to court where his fate will be determined.”

Responding to questions, Awolumate accepted committing the crime, saying he was displeased and embarrassed by the turn of events 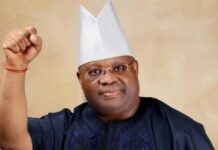 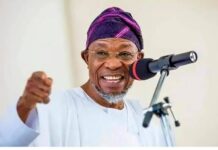