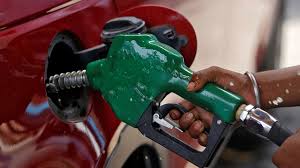 The cost of subsidizing of Premium Motor Spirit, popularly called petrol, rose to N1.16tn between January and November this year.

This is according to data from the Nigerian National Petroleum Company Limited.

The data also revealed that NNPC’s remittances to the Federation Accounts Allocation Committee in the 11-month period dropped by N1.78tn.

The report shows that funding performance between January and November 2021, the oil firm said it had maintained petrol subsidy since the beginning of this year.

In the report, the NNPC referred to its subsidy spending as under-recovery, as it had repeatedly stated that it had no authorization by the National Assembly to pay subsidy.

The latest funding performance data showed that while nothing was recorded as under-recovery of PMS/value shortfall in January, the oil company spent N25.374bn, N60.396bn and N61.966bn in February, March and April respectively.

The NNPC spends so much on petrol subsidy because for about four years running it has remained the sole importer of PMS into Nigeria. Other marketers stopped importing the commodity due to their inability to adequately access the United States dollar.

On remittances to FAAC, the funding performance report captured the projected monthly remittance as N122.767bn, but this target was never met for all of the 11 months.

It was also observed that the projected remittance by the company to FAAC for the 11 months combined was put at N2.30tn, but what was actually remitted was N522.203bn.

Hence, the national oil firm could not remit N1.78tn to FAAC to be shared among the three tiers of government in the country during the 11-month period.

The monthly remittances showed that in January, February, March and April, the NNPC remitted N90.86bn, N64.161bn, N41.184bn and nothing respectively to FAAC.

The debate around petrol subsidy has been intense in recent months, with state governors calling for its stoppage while labour unions kicked against plans to stop it.

The Governor of Kaduna State, Nasir el-Rufai, for instance, recently decried the high cost of fuel subsidy, which according to him, was not reasonable.

He said the Nigerian Governors’ Forum had met and agreed to back the Federal Government’s transport palliative scheme as well as halt the petrol subsidy regime.

El-Rufai had said, “This is why the Nigerian Governors’ Forum met and agreed to support the Federal Government’s social compact. Withdraw this subsidy by February.

“Use the N250bn per month that would have been lost between February and May to do this conditional cash transfer that would put money in the pockets of Nigerians and alleviate not only the cost of transportation but the 2-3 per cent job inflation that is expected when the subsidy is eliminated. We cannot sustain it. We cannot continue with it.

“I don’t want to predict what will happen when 35 out of 36 states cannot pay salaries of civil servants, or even have any money to run the government. We will not have enough money to pay salaries. Already, some states are building up arrears, even oil-producing states are struggling to pay salaries.”

However, operators in the downstream oil sector and as economic experts had said that while it was okay to remove petrol subsidy, the government must be cautious about its withdrawal.

He said, “The Federal Government is talking about removing subsidy but not talking about the adverse effects of the removal of subsidy. It will affect other commodities, the standard of living among the majority of citizens will be worse.

“And this is because if PMS rises to N365/litre, local transportation will be going for over N1,000 or thereabout and the standard of living and the cost of goods in the market will skyrocket. This will cause heavy inflation. So the NNPC has to look at the adverse effects of this move to remove subsidy.”