Traditional rulers in Abia State have urged the state governor to jettison the planned Abia State project and use the funds to fix the roads in the state.This ,the governor has agreed and decided to comply with the request.

This call was made by the traditional rulers led by their chairman, Eze Joseph Nwabeke of Eziama Ntigha of Isialangwa North during a visit to the governor with the Principal Officers of the State Council of Traditional Rulers and Chairmen of the Traditional Rulers Council in the 17 Local Government Areas of the state.
According to the royal fathers ,the the governor should shelve the proposed Abia Airport Project for now and use proposed funds to complete the ongoing road projects in the state including some portions of the dilapidated Aba – Port Harcourt Highway and Aba – Ikot Ekpene Highway which are Federal Government roads.

They argued that the roads when in good condition would open up the state to economic development.
In his response,the governor consented to their request to shelve the proposed airport project while discussing with the the State Executive Council for proper review and a decision.
Recall that the airport project was initiated by the former governor of the state and now senator representing Abia Central, Sen. Theophilus Orji but had been seen as of less priority as the state has been criticised widely by the media and observers owing to its poor infrastructural development.

57 reportedly killed as strange disease breaks out in Enugu 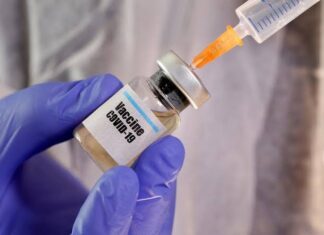