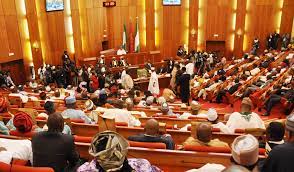 The Senate, on Wednesday, passed a bill seeking to abolish the dichotomy between the Higher National Diploma certificate and the university degree holders in the country.

The piece of legislation, sponsored by Senator Ayo Akinyelure, passed the third reading on the floor of the Senate at plenary.

The Chairman, Senate Committee on tertiary institutions and TETFUND, Ahmad Kaita, presented his report and all the amended six clauses were approved by the Senate.

The House of Representatives had on May 2019 passed similar bill.

The legislation, which was sponsored by Ali Isa and Edward Pwajok from Gombe and Plateau states respectively, had been passed for second reading since April 2017.