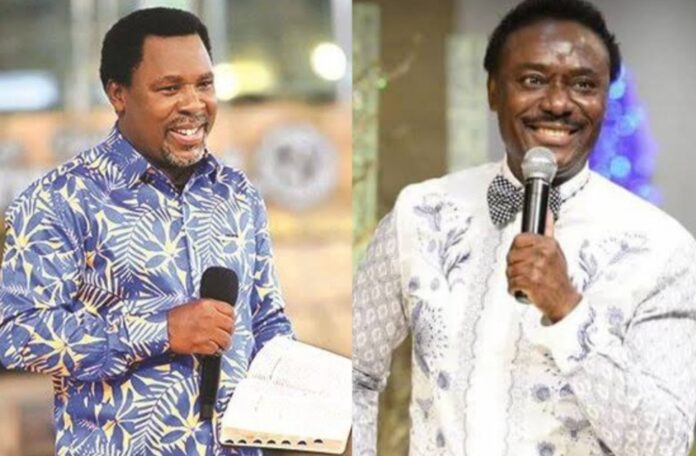 Founder of the Household of God Church, Rev Chris Okotie, has described the late founder of The Synagogue Church of all Nations Prophet TB Joshua as a magician and false prophet.

Okotie stated this in a 75-minute video posted to YouTube yesterday titled ‘The truth about T.B. Joshua’.

His latest criticism of Joshua, who was loved by many as a philanthropist, came as a sequel to his description of the prophet as “Wizard at Endor” shortly after Joshua’s death in June.

Okotie was criticised by many including former aviation minister, Femi Fani-Kayode, over the attack on the deceased.

Undeterred, the 62-year-old began his message on Joshua thus, “Greetings in the name of the Lord Jesus. What is the truth about TB Joshua? Who was he? Was he a product of Christianity? Or a practitioner of shamanism? Was he a servant of the Lord Jesus? Or some itinerant religious quack? Was he a true prophet, who was misunderstood? Or a hypocrite masquerading under the habiliment of the Faith?”

Reading John 8:32: “Ye shall know the truth, and the truth shall make you free”, Okotie said Joshua took that name because he believed he was another messiah.

“He believes that God sent him to our world to bring reconciliation between God and mankind, exactly the same way the Lord Jesus was sent, and that is why he took that name Joshua,” he said.

Okotie also claimed Joshua took after the pattern of Bar-Jesus, a false prophet who equated himself with Jesus in the scriptures.