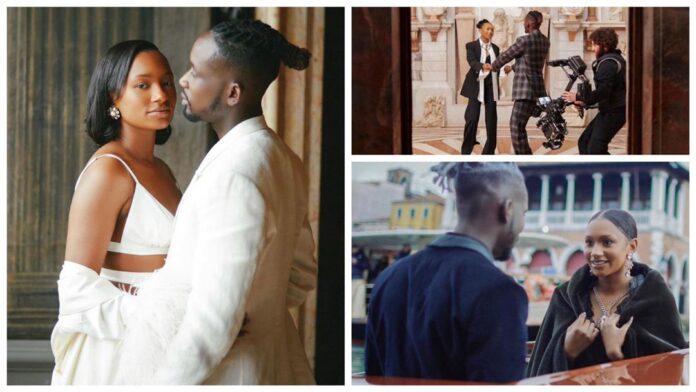 The love between Temi Otedola & Mr Eazi is growing radically and for the first time ever, the Nigerian actress is starring in a music video for her fiancé in the single “Legalize”

April 2022, the couple announced their engagement in a 30 seconds clip posted on instagram, captioning it with an infinity sign.

Mr Eazi & his fiancée got engaged on the set of the video with behind the scene photos released online, the images include the couple cozying up to each other as they prepare to shoot.

Temi is gorgeous, trendy and knows what suits her body and work with it, she looked extremely beautiful and classic wearing elegant ensembles for the anticipated music video.

The billionaire daughter had soft glam makeup on as she wore matching outfits with her boo, they both looked stylish but official in different outfits which had simple colors like white and black.

The single “Legalize” will be released on June 10, 2022 as Mr Eazi announced the forthcoming on social media saying ” The wait is Over!! #Album Coming, i present to you all the art piece for my 1st single Titled #Legalize in collaboration with @aureilbessan out Friday 10th June”

The soon-to-be wife Temi, also took to her twitter to share a bit of the news as she tweets “sooooo i was a video girl for @mreazi u ready for #Leaglize.”

This has left Mr Eazi’s fans and followers over the top as they applaud him while they wait for the music video to be out. 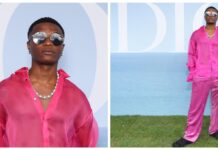 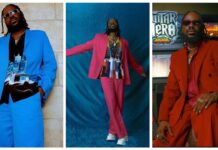 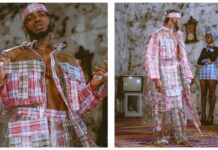