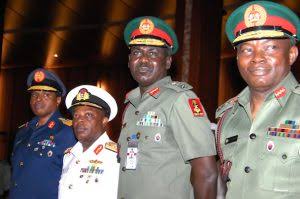 Nigerians woke on Monday, February 10, to the shocking news of the death of no fewer than 30 of their compatriots in the hands of Boko Haram terrorists the previous night in Borno State.

The unfortunate victims were in a travelling party headed to Maiduguri, the Borno State capital on Sunday and had a stopover at Auno village on the Damaturu-Maiduguri highway, to spend the night in their cars following the closure of the road by the military at that hour of the night, as part of the security strategy to keep the road safe for motorists and commuters.

But while they were nappin,g preparatory to continuing their journey on Monday morning, the terrorists struck by setting their cars ablaze with all of them stuck inside. A yet to be ascertained number of girls, women and children were also reportedly abducted by the insurgents who later disappeared into thin air. Many houses were also destroyed.

The attack was in spite of repeated stories of ‘successes’ by the military against Boko Haram and other terrorist groups that had been troubling Nigeria’s North East consistently for over a decade. Every now and then, the military information machinery churns out one press statement after another eulogizing the bravery of our ‘gallant’ soldiers, assuring us that ‘Boko Haram is on the run and soldiers are on the pursuit of the remnants’, only for the terrorists to strike few days later, with fatal consequences for our troops.

The delusional success is not restricted to the military alone as the Federal Government also believes this story and has strived at every opportunity to sell it to Nigerians and the rest of the world, but to no avail. Make no mistake about it; the military has done a marvellous job to decimate Boko Haram and similar insurgencies that had taken a foothold in the North East, controlling a large chunk of Nigeria’s territory prior to the coming of the Muhammadu Buhari administration in 2015.

Under the immediate past administration, no fewer than 20 of Borno’s 27 local government areas were under Boko Haram control, with the flag of their self-declared emirate flying over major cities including Bama. All the (5) major roads leading to the capital, Maiduguri, except Kano-Maiduguri highway, were largely inaccessible.

With a tri-promise to tackle insecurity, fight corruption and improve the falling state of the economy, Muhammadu Buhari and the then opposition All Progressives Congress (APC) were swept into office in 2015, dislodging the then ruling Peoples Democratic Party (PDP). And after an initial period of seeming inactivity on any of these fronts, the President, in July 2015, reshuffled the Service Chiefs, pointing new ones to give impetus to the fight against terrorism and insurgency.

With General Abayomi Olonishakin as Chief of Defence Staff, Lt General Tukur Buratai as the head of the Army, ably supported by a resurgent Air Force led by Air Marshal Sadique Abubakar and a reinvigorated Navy under Vice Admiral Ibok-Ete Ekwe Ibas, the Nigerian Armed Forces took the battle to the den of Boko Haram in the North East, entered the dreaded Sambisa Forest and drove the insurgents from their strongholds.

With renewed vigour, our gallant troops were able to retake lost Nigerian territories from
Boko Haram and allied militant groups, and before long every inch of Nigerian soil were under the control of the Nigerian government.

It was like magic, and Nigerians marvelled, whao! So what President Goodluck Jonathan couldn’t do, President Muhammadu Buhari could? They were asking. And soon after, they began singing the praises of our soldiers, even bragging that what the Americans and their allies couldn’t achieve in their fight against international terrorism as exemplified by Al-Qeada and ISIS, Nigeria has been able to achieve; defeat terror. Some even called on American and allied forces to come and learn from the ‘victorious’ Nigerian Armed Forces, how to fight and overcome terror.

The effect of this braggadocio, which some military analysts warned against then, is beginning to tell on our armed forces now with the increasing spate of attacks on both soft and strong Nigerian targets by Boko Haram, with surprising rate of success. The Auno village attack on innocent Nigerians which resulted in the burning to death of no fewer than 30 persons, male and female, of most likely different faiths, as diverse as the over 250 ethnic nationalities in Nigeria, is a case in point.

Before this incident, there has been series of similar attacks and abductions of Nigerians living in or travelling to that axis by Boko Haram and its sister terrorist organization, the Islamic State in West African Province (ISWAP), aligned to ISIS. Humanitarian aid workers have been particularly targeted while returning University of Maiduguri students were not spared either as some of them were kidnapped with one even killed.

The military had explained this away, saying they were part of the antics of a decimated, once-powerful terrorist group, on the way to its grave. But each time we were told this, Boko Haram heard it too and the group always returned stronger, in spite of the best efforts of the military, even with better equipment. This has prompted some security and military analysts, and indeed most Nigerians to call for a review of the strategies being employed by the military, especially a change of the personnel at the highest level.

They argue that if the tactics are not working as expected, maybe, the people driving them
need to be relieved of their appointments and a new set of commanding officers, including service chiefs appointed. With new faces and fresh challenge, they opined that the war could be won quickly.

While calling on President Buhari to remove the service chiefs or at the worst, give them a new marching order with a deadline to end the insurgency within a specified period, they pointed to a similar security challenge faced by the General Ibrahim Babangida administration back then in the 80s in Edo State with armed robbery and banditry ravaging the state. Babangida, in an open challenge to the then Inspector-General of Police, Etim Inyang, at the end of a meeting of his Armed Forces Ruling Council
(AFRC), asked rhetorically; ‘my friend where is Aninih?,’ the leader of the notorious armed robbery gang, who had remained elusive until that time. And within a matter of days, Lawrence Aninih, Monday Osunboh and the rest of the gang, including a serving Deputy Superintendent of Police were arrested and the people of Edo State were able to return to sleeping with their two eyes closed.

It is this kind of shock treatment that most Nigerians are looking forward to President Buhari to give Lt General Buratai and other Service Chiefs, if, as it looks, he’s reluctant to remove them. While we at KaftanPost share this position, we are equally of the firm belief that it was time the Chief of Defence Staff, Chief of Army Staff, Chief of Air Staff, Chief of Naval Staff and even the Inspector General of Police were relieved of their posts, especially the Chiefs of the three military services and the overall head of the Nigerian Armed Forces; the CDS While appreciating what the officers and men of the armed forces have been able to achieve in the fight against insurgency under their command, it does appear that they have given their best, and this doesn’t seem to be good enough to defeat Boko Haram et al, and it’s time for them to go.

As the saying goes, you cannot be doing the same thing the same way all the time and expect a different result. This present crop of Service Chiefs seems to have tried all the tricks they were taught at Command and Staff College and they seem not to be working. Let’s thank them for their services to the nation and ask them to go. It’s time for fresh blood with fresh ideas. Buhari should take that decision now and we believe things would be better with our fight against insurgency thereafter.

The mood of the nation is ready for this change. And as elected representatives of the people, members of the National Assembly in a unanimous resolution recently called on President Buhari to sack the Service Chiefs, on account of the escalating insurgency.

According to Governor Babagana Zulum of Borno State, the epicentre of the insurgency, the last one year has been terrible as the insurgents have become more daring, attacking targets within the state thereby reversing the previous gains made by the military.

“Between March 2019 to date, we have started witnessing horrific and spontaneous attacks by the insurgents which has resulted into the loss of lives and properties of our people.” He said. Calling for a different approach to the war on terror by the military high command, Zulum said: “We are calling upon the Nigerian military to change strategies and we can borrow a leaf from the success our military was able to hugely record in the years 2016 and 2017 with a view to ending the insurgency. We need to keep taking the war to (the) enclaves of the insurgent in the fringes of the Lake Chad Basin, Sambisa Forest and some notable areas.”

We couldn’t agree with the governor more. And this has been the position of most Nigerians, especially those at the receiving end of the Boko Haram renewed attacks,
and to ignore them could prove fatal. Buhari, on a visit to Maiduguri on Wednesday to commiserate with the government and people of Borno State over the Auno deadly terror attack, felt the fury of the people, as he was booed as his motorcade arrived the city from the airport.

In a State he reportedly won by over 90 per cent in the 2019 presidential election, the reaction of the people, both old and young to him, in spite of the good intentions of the visit was a testimony to what repeated tragedies could do to a people who have been traumatized over the years and who thought the worst was over when Buhari, a former military ruler and their candidate in the 2105 presidential election was eventually declared winner.

With his military background, they thought he would prosecute the war better and earn Nigeria victory over the insurgence within a short time. The nation is still waiting for that crucial victory. Though ditching Generals Abayomi Olorunishakin, Tukur Buratai, Admiral Ibok-Ete Ekwe Ibas, Marshal Sadique Abubakar and even IGP Mohammed Adamu and appointing new service chiefs would not automatically end the war, it would go a long way to reinvigorate the troops, who are probably demoralized after fighting the war for six years under the same commanders with the same strategies
and same result.

A new vision, strategy and better equipments, under new commanders are what our
military need now to drive Boko Haram and allied groups into the Lake Chad and their commander-in-chief should give these to them now. Nigerians expect no less from President Buhari now.

DSS: Will the leopard ever change its spots? 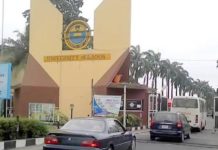 Curbing the menace of Sex-for-Grade in our schools 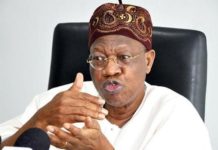