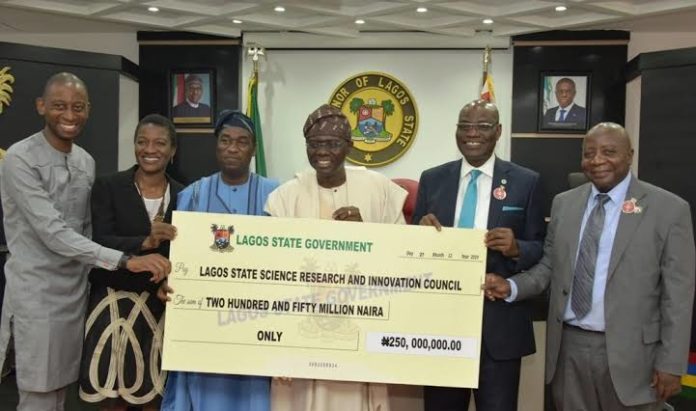 The Lagos State Science Research and Innovation Council, (LASRIC) says it will deploy all means at its disposal to ensure that the desire of the state government in turning Lagos to a technology hub is realised as quickly as possible.
The leader of the 16-member council, Prof. Oluwatoyin Ogundipe, disclosed this in an interview with the News Agency of Nigeria (NAN) on Saturday in Lagos.
Ogundipe, also the Vice Chancellor, University of Lagos, was speaking against the backdrop of the presentation of a seed fund of N250 million by Gov. Babajide Sanwo-Olu to the council to boost innovation in the state.
The LASRIC is the state’s institution in charge of research with the responsibility of boosting innovation and technology
The governor had during the presentation said the move was part of plans to make the state a hub for innovation and technology.
He said that the fund would enable technology start-ups to come up with local innovative technologies that would enhance the economy.
Sanwo-Olu urged the council to ensure that the criteria to access the fund was flexible enough for Lagosians to benefit from.
According to the Ogundipe, the council will spring into action toward the last week of January 2020 or the first week of February by conducting a training for about 30 participants on hololens.
The hololens is a virtual reality headset with transparent lenses for augmented reality experience.
“Before now, the council had focused on the research aspect only, but now, the focus will shift to not just research but innovation and other skills development.
“The governor is very passionate about this and he has shown his commitments by making huge investment to ensure its success.
“We are going to kick start by organising a train the trainers workshop with Microsoft toward the last week of January or first week in February.
“We will be having participants drawn from the Lagos State University (LASU), the Lagos State Polytechnic (LASPOTEC), the University of Lagos and the Ministry of Science and Technology.
“We shall also be siting our centres in these three institutions of higher learning with the aim of developing skills for the young ones,” Ogundipe told NAN.
He said that boot camps would also be organised.
According to him, emphasis will be placed on training of pupils and students at both the primary and secondary school levels respectively.
“The governor is equally emphasising this training in the primary and secondary schools in a bid to catch them young and build their research and innovative capacity.
“The programme generally is to empower persons to be able to do research on issues that affect us as a people in our day-to-day activities and come up with scientific ideas on how to tackle them.
“For instance, students in various disciplines such as Medicine, Architecture and others, in the tertiary institutions, should be able to carry out real life practical training using the hololens.
“It is also believed that they should be able to think outside the box, take on issues affecting residents such as traffic in Lagos and come up with sustainable solutions.
“It is not enough to just say that the roads are bad, but rather, it is expected that they come up with a scientific research and solutions.
“Same goes for other aspects of life’s challenges, whether in the area of health, housing, power transportation and even the sustainability of the Lagos buses and others,” he said.
Ogundipe said that the equipment for the training would be distributed among the three centres, that is, the three tertiary institutions.
He said that the equipment would be withdrawn from any of the centres found to be underutilising them.
According to him, there will be a monitoring mechanism put in place to to ensure that the equipment are put to maximum use.
The don said that before the end of next year, the council planned to introduce another version of the hololens.
“With my little connection too, I am equally looking at bringing in researchers from Europe in form of collaboration, to exchange ideas, just as we will also be working with researchers from big organisations like Shevron, Dangote and others in an attempt to achieving our aims.
“It is about bringing experts from the town and gown together to assist in moving the state to its much desired destination,” he said. 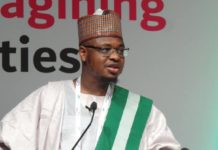 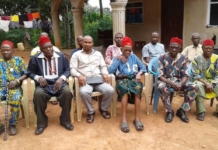