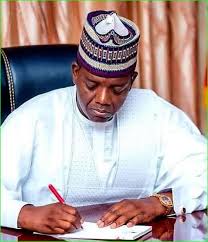 The Zamfara State Government has admitted that residents of the state are faced with difficulties over stiffer measures taken to curb banditry.

Recall that the government introduced a string of measures, including banning the sales of petroleum products, shutting down some major markets and telecommunication networks, to tackle banditry in the state.

The state Commissioner for information, Ibrahim Magaji Dosara, said Governor Bello Matawalle has constituted a state Relief Materials Distribution Committee to reduce the economic hardships being faced by the people of the state.

He said the move is due to the recent measures taken to bring lasting solution to the lingering armed banditry in the state.

“Government has noticed with concern the difficulties people are facing as a result of imposing some stiffer measures for curtailing the incessant attacks, kidnappings, maiming and killing of innocent people, which resurfaced after overcoming the crisis by the present government within just one year of taking over power,” he said.

“Government, therefore, deemed it not only appropriate but also necessary to source the essential commodities for distribution to the people, especially the common man at the grassroots, for relative ease across the state.”

He, however, advised the committee to conduct the distribution exercise properly with a view to ensuring justice and fairness.

He also commended the ulamas, traditional rulers, civil servants, security operatives and others who have contributed to finding a lasting solution to the wanton killing and destruction of lives and properties by the criminal elements. 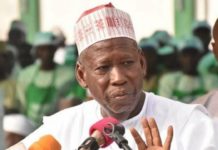