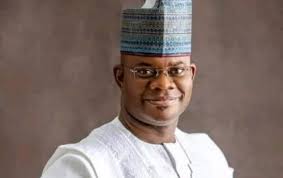 Kogi State Governor, Yahaya Bello, has urged youths to take charge of affairs of the country as the 2023 general elections draw closer.

This appeal was made on Friday via a statement issued by Onogwu Muhammed, Chief Press Secretary to Governor Bello in Abuja.

Muhammed said the governor made this known while speaking at the National Youth Summit/Book Launch in Abuja.

Bello, in his address, told the youths that in spite of them representing the largest demography of the nation’s population, their numbers would not count if they refused to participate actively in politics and the 2023 general elections.

“Nigerian youths no longer have any excuse not to take over the nation’s leadership considering the exploits of some young Nigerians in every sector of the nation’s economy.

“Nigeria is waiting for young people to steer the country towards the dreams of its founding fathers because those who gave their lives for the formation of this nation did so at their youthful age.

“Youth no longer have any excuse not to take the lead. We are not just youthful, we are useful and purposeful. This is the time for you to mobilize yourselves and begin advocacy for youths’ involvement in governance.

“Most of you sitting down here are above 30 years of age. At 32, General Yakubu Gowon (Rtd) was already Head of State. He fought the civil war just for Nigeria’s survival as an indivisible and united entity.

“General Murtala was also pretty young when he became the Head of State and he also made meaningful contributions to the development of our dear state.

“The youth must begin to see themselves as critical stakeholders whose time has come to take over the leadership of this country.”

He also urged young Nigerians already leading to promote themselves, advertise their work, record of performance, and achievements.

“In like manner, as we think of 2023 – the question of the next leadership of Nigeria, may I challenge you to deploy your considerable resources of office and influence toward crafting the Nigeria of our dreams.

“The youth O’clock song must be heard in every nook and cranny of this country, it is an advocacy that the youth must take to every corner of this great nation,” he said.