The Adamawa State government on Saturday confirmed the recovery of the majority of items looted by hoodlums in the state last week.

The Secretary to the State Government, Ahmad Bashir, told journalists in Yola that the properties were recovered by the committee set up by the state government to recover the items.

Bashir, who is also the chairman of the committee, said the damage caused by the looters was shocking.

He said: “The looters dismantled tractors and harvesters. Their atrocities have taken us 10 years backward.”

The SSG urged those in possession of the looted items to hand them over to their respective ward heads and commended Governor Ahmadu Fintiri for the prompt action that led to the success recorded in the recovery exercise.

According to him, a committee would soon be set up to identify owners of the recovered items. 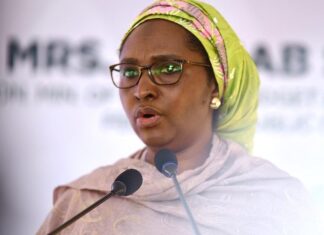 We have failed our children – Finance Minister

KAFTANPost - November 1, 2020
0
Minister of Finance, Budget and National Planning, Zainab Ahmed, has urged parents to instill family values in their children as a way to save...

‘Step aside to learn act of governance,’ Obong of Calabar tells...

We have failed our children – Finance Minister