As the world largely witnesses a lockdown to help control the spread of the lethal corona virus – by Allah’s Will -, the Muslims have had to observe our daily obligatory Prayers at home.

The heads of homes would have to organise other members of the household to get ready for the congregational Prayer, and where a single individual is possibly alone, he too stands up to observe the Prayer of the time.

However, it’s appropriate to note that making the Adhan (call-to-Prayer) in situations like this inside the house – or anywhere else in which the people observe the lockdown – before the Prayers is rightful and even well encouraged even though the household is not expecting anyone from any other place to join them for the Prayer.

In fact, a person who is alone in his own residence may also make the Adhan in his place before he commences the Prayer. Abu Sa’id al-Khudriy – radiya Allahu anhu – told Abdullah bin Abdur-Rahman that, “I see that you love sheep and the desert.

When you are with your sheep – or in the desert – and you call the Adhan for the Prayer, raise your voice, for no human or jinn or anything else hears the voice of the caller-to-prayer as far as it reaches, but it will bear witness for him on the Day of Resurrection.” Abu Sa’id al-Khudriy said, “I heard it from the Messenger of Allah (sallallahu alayhi wasallam).” (Al-Bukhaari, an-Nasaai and others)

Explaining the hadeeth, al-Hafidh Ibn Hajar (d 852H) said, “It entails that the Adhan of a single person who is alone is encouraged even if he is in the wilderness and doesn’t hope in anyone coming to observe the Prayer with him…” Fath al-Baariy (2/118). Al-Imam Badruddeen al-‘Ayniy (d. 855H) in ‘Umdat al-Qaariy (4/307) gave the same ruling from the hadeeth.

Long before them all, al-Imam Ibn Khuzaymah (311 H) gave the same explanations to the above hadeeth and even said, “Even though the more general thing is that the Adhan be made so that the people may gather for the Prayers, it may be made too by way seeking the virtues of the call-to-Prayer.”

He said, “If he makes the Adhan by way of seeking this virtue (mentioned in the hadeeth), that’s better, finer and more virtuous than that he prays without Adhan…” Sahih Ibn Khuzaymah (1/238-9).

In a similar hadeeth, ‘Uqbah bin ‘Aamir reported that he heard the Messenger of Allah (sallallahu alayhi wasallam) say, “Astonished is your Lord the Mighty and Sublime regarding a shepherd at peak of a mountain who would make the Adhan for the Prayers and pray, and Allah the Mighty and Sublime would say, ‘Behold this servant of Mine, he would make the Adhan and Iqamah for the Prayers; he consciously fears Me. I have forgiven this my slave and shall admit him into the Paradise.'” (Saheeh: Abu Dawud, Ibn Hibban, al-Bayhaqiy and others)

Al-Imam Muhammad Naasirudden al-Albani cited more narrations and affirmed the same position that: the person praying alone is encouraged to make the Adhan. He ascribed it to al-Imam Ash-Shafi”i and Abu Haneefah – may Allah shower blessings on them all. Refer to: Aththamar al-Mustataab (1/143-146)

Ibn Rajab al-Hanbaliy (d. 795H) averred that it would even suffice if the person calls the Adhan to his own hearing. Fath al-Baariy – by Ibn Rajab – (5/609).

So if a single person praying alone is encouraged to make the Adhan, the encouragement for the entire household is established too with a greater reason even if the household is just of a man and his wife or more. The Messenger – sallallahu alayhi wasallam – had told Malik bin al-Khuwayrith and his companions who were about 20 – radiya Allahu anhu – that, ” When it is time for the Prayers, one if you should make the Adhan…” (Al-Bukhariy and Muslim).

Likewise when ‘Amr bin Salamah led his people’s delegation to the Prophet – sallallahu alayhi wasallam -, he said, “When it is time for the Prayers, one of you should make the Adhan…” (al-Bukhariy and Muslim) 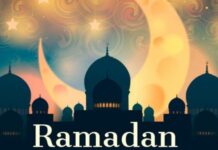 Day 3: Reconnect with the Quran

Ramadan Talk Day 17: Death Can Come at Any Time