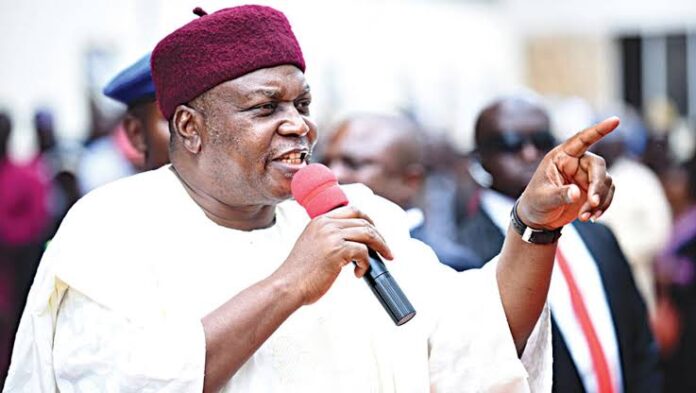 “No matter how bad the state police, let us experiment it. After all, we have the state electoral commissions. After all, the state governments are running the elections of the states,” the Taraba governor explained.

Ishaku gavs the advise in his remarks at a world news conference organised by the Peoples Democratic Party at the party’s national secretariat in Abuja on Monday.

According to Ishaku, the primary responsibility of any democratic government is to secure the people and their property.

He added that governors were going through challenges and were helpless in dealing with insecurity as they have no power over security.

Explaining his stance further, Governor Ishaku, in dispelling the concern that governors may turn state police into a political instrument to witch-hunt opponents, said, “In my state, oppositions win elections; we allow them to go; nothing is wrong. We are going peacefully.

“So, who is telling me that the state police will fail? Let us try and let it fail. Then we will reverse, but not trying at all does not give us anything different. We will continue where we are.”

Continuing, he pointed out, “In any case, in a country of over 200 million people, how can you expect the management of police to be at the centre?

The governor stressed the need to ensure that police handle internal security issues while the military protects the country’s territorial sovereignty as a last resort for war.

He also advised Buhari to adequately train the Nigerian security personnel and equip them with the necessary technology and equipment.

“I will appeal that we should give adequate attention to equipping military forces,” he said.

Ishaku urged the ruling party to look into the advice from the PDP, saying the opposition party is ready to give a helping hand to the APC-led government to develop the country. 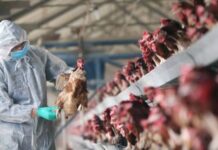 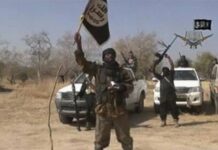 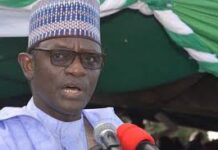