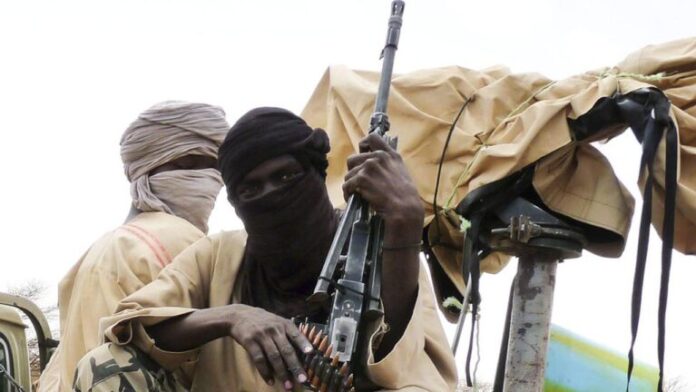 Heightened violence and insecurity in the northwest and northcentral regions of Nigeria have become an existential threat to many.

Bandits are largely responsible for stoking violence and insecurity in these regions.

Numerous bandit groups exist in the northwest and north-central Nigeria but they do not have any central authority and there is little to suggest collaboration between them. The groups have different operational capacities and technical capabilities and are mostly clandestine in their operations. Their main activities are cattle rustling, kidnapping civilians for ransom, armed attacks and community invasion.

Since 2016, the current government has adopted numerous military and other non-military strategies to stamp out banditry. But the increasing activity and violence of the groups indicate that the government’s efforts have failed to achieve the desired results.

Based on my work and analysis of security trends, I have identified five strategies adopted by the Nigerian government and analysed why they failed. I also have suggestions about what the government can do differently.

In the early stage of banditry in 2016, some Nigerian state governments leaned heavily on negotiation and settlement to end it. Zamfara, Katsina, Sokoto and Kaduna states adopted different dialogue and settlement initiatives to end the killings, banditry and kidnappings.

The state governments paid money as compensation to identified leaders of bandits in return for peace. Sokoto, Zamfara, and Katsina states further offered an amnesty hinged on renouncing banditry and kidnapping, and the surrender of weapons.

Following the same logic, a famous Islamic cleric, Sheik Ahmad Gumi, initiated a peace mission aimed at reaching a consensus between the government of Nigeria and bandit leaders to end the violence. This wasn’t well-received by the public. The Kaduna state governor, for one, insisted that the Fulani would not abandon banditry to return to their nomadic life of tending animals.

Overall, the dialogue, settlement and peace mission failed to end the banditry. But it did reveal that the groups were mainly driven by economic motivations.

As negotiations and settlements failed, in 2018 government efforts turned to military aerial bombardment of occupied forests used as bandit strongholds. The effort was strengthened by the seizure of telecommunication services in parts of the northwest for several weeks in the last quarter of 2021. Seizing the network was meant to undermine the ability of the groups to communicate and receive information about military activities.

The operation did not weaken the groups. The crisis worsened, and civilian casualties resulted from the military air raids in 2021 in several communities.

Lack of support by ground troops undermined the operation as bandits moved from one location to another to evade the aerial bombardments. Similarly, the shutting down of telecommunication services was not uniformly done across the northwest. Bandit groups could easily move elsewhere.

In Kaduna State, which has become the epicentre of banditry, 300 soldiers from the Nigerian Army Women Corps were deployed on the highly volatile A2 Abuja-Kaduna expressway in January 2021. This was done to complement and strengthen the ongoing security operations on the route.

In the first month of deployment, the A2 highway was free of abductions. But the A235 Kaduna-Kajuru-Kachia route and surrounding communities experienced a spike in attacks and abductions.

State governments decided, in 2020, not to negotiate with bandits. They also discouraged victims’ families from paying ransom to bandits in exchange for their kidnapped family members.

The Nigerian Senate considered passing the Terrorism Prevention (Amendment) Bill 2021. This would criminalise payment of ransom as a felony punishable by 15 years in prison.

The intention was to make kidnapping for ransom less attractive. But the bill attracted public criticism. Some government agencies rejected it and the government is said to have paid the ransom (though it denies this).

Successful rescue of victims by security forces would have discouraged Nigerians from paying the ransom, but such rescues have been insignificant. Citizens are therefore not confident that if they do not pay the ransom, their kidnapped family members will be freed through security operations.

It remains unclear whether the Senate will still approve the bill after the public debates.

A federal high court ruling has compelled the federal government to proscribe bandits as terrorist organisations. This was intended to ensure that the appropriate level of force, tactical and operational assets and resources were deployed against the groups. In essence, this should translate to tougher sanctions for the bandits, and the application of the Terrorism Prevention Act to penalise their informants and supporters. Yet these measures have not deterred the now sanctioned terror groups.

Recent terror attacks by the groups include an ambush of the convoy of a deputy governor; the killing of 11 soldiers at a military base; the Kaduna airport attack; the Kaduna-bound passenger train attack; and the kidnap of students of the Zamfara State College of Health Technology, Tsafe.

Poverty, hunger and unemployment make people vulnerable to radicalisation and drive conflict. What is required is sincere policy implementation to lift Nigerians out of these circumstances.

In the short term, improved security collaboration with civilians would make individuals and communities feel safer and more willing to offer vital information to security forces. Trust in government security forces is lacking in Nigeria.

There have been cases of violent extremist organisations infiltrating villages in retaliation for their cooperation with government security agencies. Government forces, therefore, need to keep their sources of information confidential. They must also prove themselves capable of finding and rescuing kidnapped victims so that ransom doesn’t have to be paid.The Conversation

This article is republished from The Conversation under a Creative Commons license. 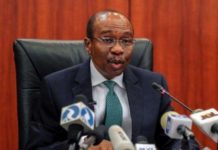 The legality of the CBN Gov to vie for political office 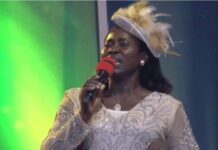 Osinachi: Is an end to domestic violence in sight? 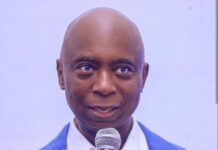 Who is this Ned Nwoko?