An imam in Nigeria’s capital Abuja, Fuad Adeyemi, respects those who believe that a 22-year-old man accused of sharing a blasphemous message on WhatsApp should be punished. But he thinks the death sentence is too harsh.

He was referring to a ruling handed to Yahaya Aminu Sharif by a sharia court in the northern state of Kano in August. On the same day, the court sentenced a 13-year-old boy, Omar Farouq, to 10 years in prison, also for blasphemy.

The sentences caused an international outcry and sparked a broader debate in Nigeria about the role of Islamic law in a country roughly evenly split between a predominantly Muslim north and mainly Christian south.

“They should review the judgment … and reduce the punishment,” said Adeyemi, clad in a white robe and sitting on the concrete floor of a half-built Abuja mosque where moments earlier he had led more than a dozen men in prayer.

Sharia, or Islamic religious law, is applied in 12 of Nigeria’s 36 states, raising questions about the compatibility of two legal systems where sharia courts operate alongside secular ones.

A lawyer representing both Sharif and Farouq, Kola Alapinni, told Reuters that appeals against the convictions had been lodged at the Kano state high court, although no dates for the hearings had yet been set.

He said the move was made on the grounds that sharia courts of appeal do not have criminal jurisdiction.

Any further appeals should, he added, be held in secular courts up to the Supreme Court, the country’s highest legal authority.

“We are a secular country,” said Alapinni, one of a team of lawyers working on behalf of the Lagos-based Foundation for Religious Freedom rights group, referring to the country’s secular constitution.

“Nigeria is a multi-ethnic, multi-religious nation where everybody is welcome.”

The convictions were condemned by some rights groups, the United Nations and the head of Poland’s Auschwitz Memorial.
In Nigeria, they divided opinion on social media and in the street.

“How does Sharia law even exist alongside Nigeria’s Constitution?” posted a Twitter user called Obi.

In Abuja, Nigeria’s capital city built in the middle of the country to promote unity, insurance executive, Hamid Abubakar, took a different view.

One of dozens of Muslim men who gathered beside a busy road to perform prayers outdoors, Abubakar, said he believed the punishments were “in order”, and sharia’s role in Nigeria should be respected. He also warned against Western interference.

“People should not come to others’ faith and push their thinking,” he said. 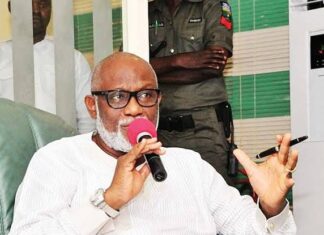