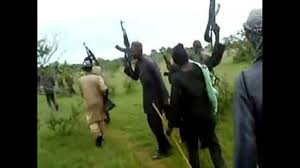 An attack by Boko Haram fighters on Baroua, a town in Niger’s jihadist-plagued southeast has left 16 soldiers and dead and nine others injured, the country’s Defence Minister, Alkassoum Indatou, said on Wednesday.

While noting that the assault took place late on Tuesday, “the positions of our defence and security forces in Baroua, in the Diffa region, were attacked by several hundred Boko Haram elements who came from Lake Chad”, the minister said in a statement.

He said the Nigerien soldiers “neutralised around 50 terrorists” and “secured a large quantity of arms and ammunition” later on.

Recall that about 6,000 people had returned to the Baroua area in June after fleeing jihadist attacks in 2015.

Authorities had said that 19 villages like Baroua where more than 26,000 had returned recently were under “reinforced” protection — although Diffa governor Issa Lemine also hailed the “positive development of the security situation” as he welcomed returnees.

Those who fled had been living in safer villages, UN camps or with relatives elsewhere in the region.

Around 300,000 displaced people from Niger or neighbouring Nigeria have found shelter in the Diffa region from jihadist groups like Boko Haram and the Islamic State group affiliate, ISWAP, according to the UN.

Earlier this month, Niger said it would build an airbase there to step up its anti-jihadist fight.

But it must also contend with jihadists who commit regular bloody attacks in the wider Sahel region stretching across the southern fringes of the Sahara, including the IS affiliate ISGS.

Recall also that on August 16, about 37 civilians including women and children were killed in an attack on a village by attackers who arrived on motorbikes.

Two weeks before, 15 soldiers were also killed in an ambush.