This came days after the governor’s convoy was attacked on Friday which left about 30 persons dead.

The latest attack took place about two kilometers away from Baga, but with no casualties.

According to reports, no casualty was recorded this time although the windscreen of some vehicles was shattered and tyres busted by gunshots.

The location of the attack, Baga, was displaced by the Boko Haram insurgents 21 months ago, forcing most of the residents to take refuge in Monguno and Maiduguri.

Zulum was on an assessment tour of Baga in preparation for the return of thousands of residents displaced from the town by the jihadists in 2014. 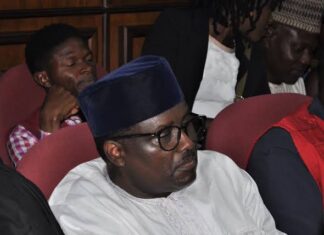