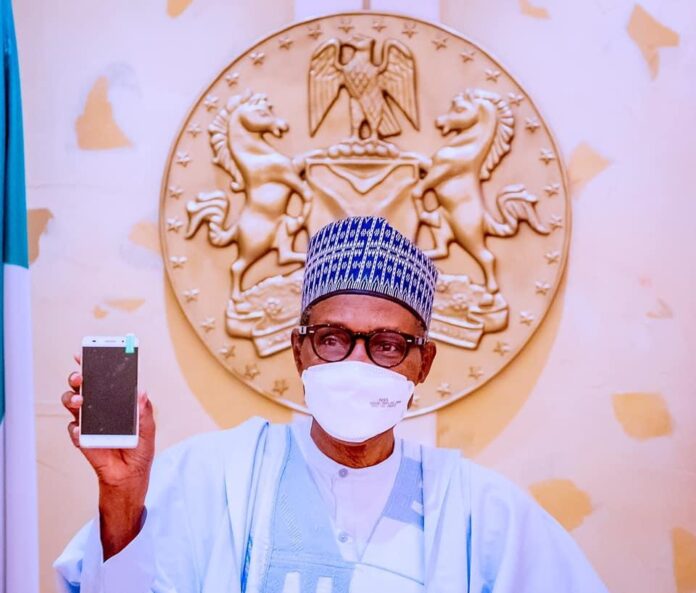 Adebayo identified the cell phone as ITF, which has many sophisticated features.

While presenting the cell phone to the president shortly before the commencement of the weekly Federal Executive Council (FEC) meeting, the minister noted that 11 other phones have been produced.

According to him, the phones were made using locally sourced components, by the Electrical/Electronics Technology Department of the Industrial Training Fund’s (ITF) Model Skills Training Centre.

He said: “Twelve indigenous mobile cell phones produced by the Model Skills Training Centre of the Industrial Training Fund; an agency under the Ministry of Industry Trade and Investment, were launched.

“It gives me great pleasure Mr President, to present you with one of the phones.”

This comes less than a week after the Federal Government indefinitely suspended Twitter in the country.

This premier status claimed by the Minister in presenting the phone to President Buhari is however doubtful because “Afrione” assembly plant opened in Oshodi Lagos in 2017 making cell phones and tablets, even purchased by the Presidency under N-power programme. There have been another earlier company assembling phones in Osun State as well.

Another phone Assembly plant opened in 2016 at a plant formerly used by Philips at Ojota Lagos. 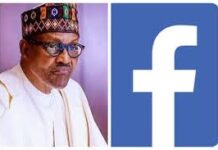 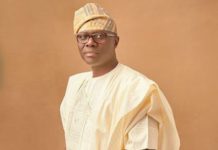