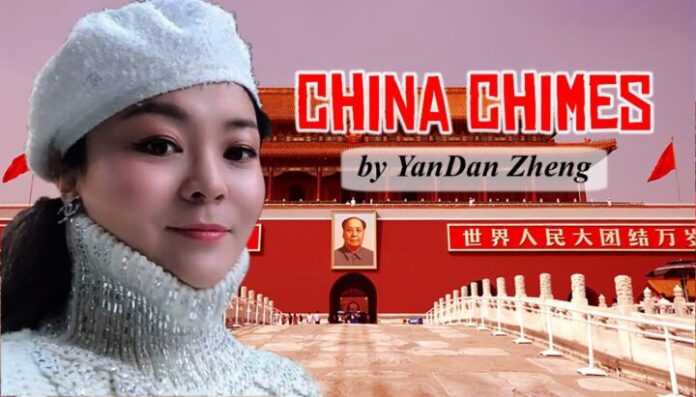 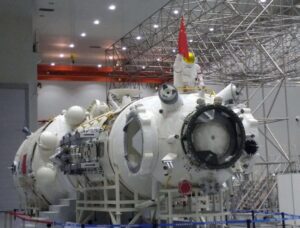 Sixty years after Yuri Gagarin undertook mankind’s first space journey, China launched the core capsule of its space station on Thursday morning, formally embarking on the buildup of one of the humanity’s largest and most sophisticated space-based facilities.

As the countdown ticked down to zero at the Wenchang Space Launch Center in Hainan province, 10 engines at the bottom of a Long March 5B heavy-lift carrier rocket roared to life, generating a thrust power of 1,068 metric tons to lift the 18-story-tall vehicle through thick rain clouds covering the coastal city of Wenchang.

The launch is tasked with transporting the 22.5 ton capsule, the biggest and heaviest spacecraft China has ever constructed, to a low-Earth orbit about 400 kilometers above the land to place the first piece of the country’s space station.

The core capsule, named Tianhe, or Harmony of Heavens, is 16.6 meters long and has a diameter of 4.2 meters. It has three parts－a connecting section, a life-support and control section and a resources section.

The module will be central to the space station’s future operations, given that astronauts will live there and control the entire station from inside. It will also be used to host scientific experiments.

Thursday’s launch marked the second flight of Long March 5B, the most powerful Chinese rocket when it comes to carrying capacity to low-Earth orbit.

With a core stage and four side boosters, the rocket has a liftoff weight of 849 tons, capable of sending a 25 ton payload to orbits near Earth.

It is now the only rocket in China that can launch Tiangong’s heavy components.

The craft is so big that each of its side boosters is nearly 28 meters tall – the height of a 9-story building — and 3.35 meters wide. Each of them has a thrust power of 240 tons, even stronger than many mid-lift rockets.

To hold huge spacecraft, the rocket has China’s largest payload fairing that is 20.5 meters tall and 5.2 meters wide.

Long March 5B made its debut flight in May 2020 at the Wenchang space complex, deploying the prototype of China’s new-generation manned spacecraft, an experimental cargo retrieval craft as well as more than 10 experimental payloads into low-Earth orbit.

Construction for the space station marks the beginning of the third stage in China’s manned space program, which was approved by the government in 1992.

After the capsule was launched, astronauts on the Shenzhou XII and XIII missions and two cargo ships will be launched within a few months to prepare the module for docking with other parts of the station.

Next year, Tiangong’s two space labs, two manned missions and two robotic cargo flights will be made to continue construction of the station.

Once completed, the facility will be capable of docking with multiple crewed and cargo spaceships at the same time and will also be able to link with foreign spacecraft if they have designated docking hatch.

It will be manned by three astronauts in extended shifts that will last several months. During handovers between shifts, the station will accommodate up to six astronauts.

The entire Tiangong station is expected to become fully operational around the end of 2022 and is set to work for about 15 years, mission planners have said.

In addition to its own components, the station will also be accompanied by an optical telescope that will be lifted after the station’s completion to fly together with it, according to them.

Hao Chun, director of the China Manned Space Agency, said his agency will strive to make sure that the space station will be made best use of to advance space science, technology and application.

He said scientists will be able to use the facility’s unique environment to perform mutation breeding, produce special medicines and create new materials, thus generating scientific, technological and economic benefits.

The official also said that China is open to cooperation with foreign nations in the space station project.

The Chinese agency has signed agreements with the United Nations Office for Outer Space Affairs on space station cooperation. The two organizations jointly published an announcement of opportunity, inviting scientists from around the world to submit their research proposal for an opportunity to conduct their own experiments on board the Chinese station.

“By now, 17 foreign nations have confirmed their participation in nine scientific tasks on our station and related work is proceeding well,” Hao said. “Next, we will continue working with the UNOOSA to solicit proposals for future scientific collaborations.”

Only has China succeeded in achieving peaceful rise