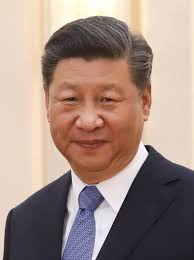 As part of efforts to tackle the increasing criminal activities of its citizens abroad, the Chinese government has opened police stations in Nigeria and in over 20 countries in Europe, the Americas, Asia and Africa.

It was widely reported that the police stations are created to bring “down on all kinds of illegal and criminal activities involving overseas Chinese.”

Lesotho and Tanzania are the two other African countries apart from Nigeria that have Chinese police stations.

The report by Safeguard Defender revealed, “Rather than cooperating with local authorities in the full respect of territorial sovereignty, it prefers…to cooperate with (United Front-linked) overseas ‘NGOs’ or ‘civil society associations’ across the ﬁve continents, setting up an alternative policing and judicial system within third countries, and directly implicating those organisations in the illegal methods employed to pursue ‘fugitives’.”

It further said that as part of a massive nationwide campaign to combat fraud and telecommunication fraud by Chinese citizens living abroad, Chinese authorities claimed that from April 2021 to July 2022, 230,000 nationals had been, “persuaded to return” to face criminal proceedings in China.

China’s ofﬁcial statements clarified the use of depriving suspects’ children of the right to education back in China and other actions against relatives and family members in a full-on “guilt by association” campaign.

The rights group revealed that China selected nine countries as having serious fraud, telecom fraud and web crimes, and Chinese nationals were no longer allowed to stay in those countries without “good reason.”

“While establishing these operations to hunt down those accused of fraud and telecommunications fraud, China identiﬁed nine countries particularly prone to hosting Chinese nationals engaging in such criminal activities, the ‘nine forbidden countries’,” the Safeguard explained.

However, the setting up of overseas police ‘service stations’ was a worldwide phenomenon, with the majority of such being in western democratic nations, with a particular focus on Europe, and not in the ‘nine forbidden countries’.

The group also noted that forsaking any “pretext of due process or the consideration of suspects’ innocence until proven guilty, targeting suspects’ children and relatives in China as ‘guilty by association’ or ‘collateral damage’, and using threats and intimidation to target suspects abroad, is now itself becoming an endemic problem.”

“Whether the targets are dissidents, corrupt ofﬁcials or low-level criminals, the problem remains the same: The use of irregular methods — often combining carrots with sticks — against the targeted individual or their family members in China undermines any due process and the most basic rights of suspects,” Safeguard Defender further stated.