Climate change has been mentioned by the Minister for Agriculture and Rural Development, Dr Mahmood Abubakar, to have made the greatest impact on agriculture in Nigeria.

Abubakar stated this in Benin at a workshop for women farmers in the South-south region on Friday while stressing that the training would build the capacity and improve the resilience of farmers to the threat and impact of climate change in agricultural production in Nigeria.

Represented by Mr. Wellington Omoragbon, State Director of the Federal Ministry of Agriculture in Edo, the minister said climate change and variability affect particularly women, who constitute the most vulnerable among the farming communities.

He said: “Indeed, it is rain-fed dependent. Any change in the weather pattern, in terms of the amount, intensity, duration, and the on-set, affects farmers’ decisions on when, what and where of the crops, and inputs as well as other cultural operations in the value chain.

“Climate change and variability affect particularly women, who constitute the most vulnerable among the farming communities.

“Available statistics indicate that women constitute about 80 per cent of the labor force involved in agricultural production and grow up to 80 per cent of the food in Nigeria. Yet, women farmers face various challenges and needs, especially climate change.”

The Minister stated that the choice of Edo to host the workshop was because it was situated within the rainforest agro-ecological zones in the country, facing ecological challenges as a result of the impact of climate change.

He added: “As you are aware, the National Gender Policy in Agriculture was approved in 2019, with the thrust hinged on gender equity and equality for optimum productivity in the agricultural sector.

“This ultimately, would ensure commitment to gender mainstreaming at all levels of agricultural sector, which is seen as a tool for achieving gender-based reforms and increasing productivity by men and women along all the value chains in the sector.”

In his remark, Peter Aikhumogbe, Permanent Secretary, Edo Ministry for Agriculture and Food Security, lauded the Federal Government for mainstreaming women in agriculture into the climate change discussion.

While reacting, Head of Gender Desk, the Department of Special Duties in the Federal Ministry, Mrs Ifeoma Ayanwu, said the workshop was in line with the national gender policy on agriculture of the Federal Government, which was launched in 2019. 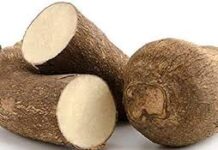