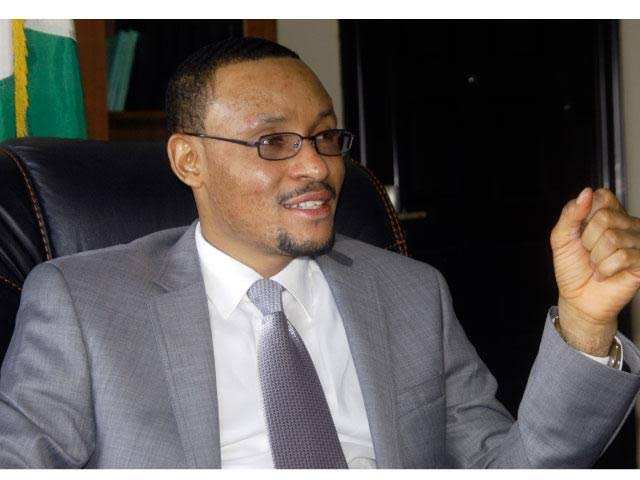 The Chairman of the Code of Conduct Tribunal (CCT) was, on Monday, caught on camera physically assaulting a security guard at Banex plaza in Wuse, Abuja.

In the viral video, Umar was seen angrily scolding and yelling at the yet-to-be identified man. 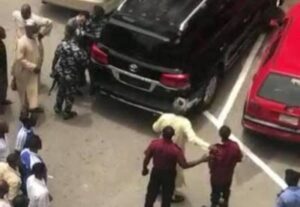 The CCT chairman also launched a barrage of attacks on the young man, violently kicking him before he was restrained by the crowd, including police officers attached to him.

The young man was then forced into his vehicle by the police officers.

According to reports, Umar was asked to properly park his car  but pounced on the security operative.

Abuja-based legal practitioner, Ihensekhien Samuel Jnr, swiftly intervened and made legal representation at the Maitama Police Station under the Federal Capital Territory Police Command where the CCT boss had lodged a complaint against the security guard.

The Divisional Police Officer at Maitama, however, ordered the prompt release of the security guard on bail after watching the video recordings.

In reaction, Ihensekhien Samuel said steps would be taken to promptly sue and prosecute Mr Danladi.

He said, “This is a breach of extant provisions of judicial code of any arbiter, and the height of impunity of any kind.”

He assured that the young security guard would get justice.

Danladi was appointed CCT chairman in 2011 aged 36, becoming the youngest to attain such position.

However, his almost 10-decade reign has been embroiled in controversies.

In September 2015, Umar made legal history by issuing an arrest warrant against a sitting senate president, Bukola Saraki.

He also issued warrants for the arraignment of six former governors for allegedly gedfalsifying their properties and personal wealth in their assets declaration forms.

Umar is currently being prosecuted by the Economic and Financial Crimes Commission (EFCC) for corruption.

The CCT boss allegedly collected N10 million from Rasheed Taiwo, a former Customs official who was facing false asset declaration charges before the CCT sometime in 2012.