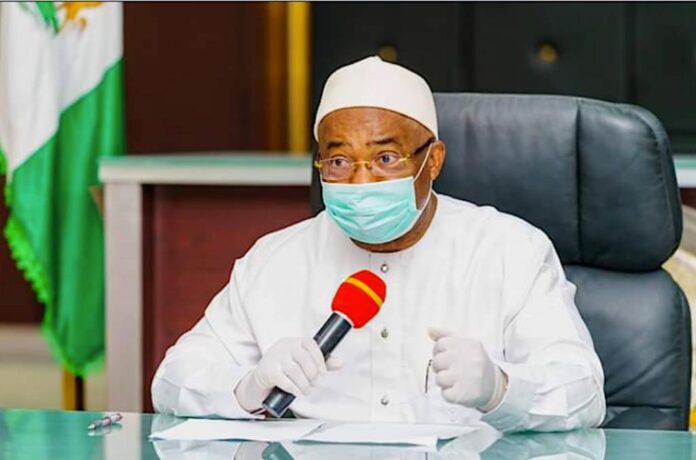 Governor of Imo State, Hope Uzodinma, on Tuesday, called on the operatives of the state police command to use their rifles to defend themselves against the members of Indigenous People of Biafra.

The governor spoke at the command headquarters when the Inspector General of Police, Muhammed Adamu, visited the state to assess the level of damage done on the police facility by unknown gunmen on Monday.

Uzodinma, who asked the cops to be vigilant, urged police officers to defend themselves with their service rifles.

The governor said, “If you can’t attack them, you can at least use your rifles to defend yourselves. Any attack on police formation is an insult to us as a government. It is also an attack on the integrity of the government. We must take charge, take control and ensure discipline.

Recall that the IGP accused IPOB’s Eastern Security Network operatives of being the masterminds of attacks on the Imo State Police Command headquarters and the Owerri Correctional Prison, which led to the release of over 1,800 inmates and the destruction of scores of vehicles and state assets.